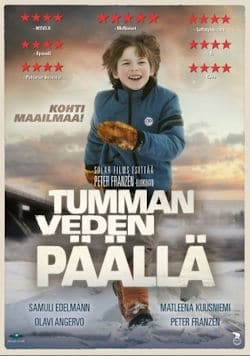 One of the most important benefits of watching movies (and in particular Coming-of-Age films) from various countries around the world is the chance they provide to glimpse the day-to-day lives of the people who inhabit them. It often comes as a surprise that, while the nature and the culture might differ from country to country, the issues that need to be addressed are often universal – all part of human nature.

In this 2013 Coming-of-Age movie from Finland with a peculiar title, Above Dark Waters (originally: Tumman veden päällä), we are treated to a candid look into the childhood experiences of young Pete (Olavi Angervo). On the surface, it appears positively idyllic – with loving parents, a little sister and caring grandparents. Yet, it soon becomes clear that behind the harmonic family façade lie darker secrets. One night Pete is awakened by shouts of anger and crying. Soon the little boy and his sister are taken by their mother to their grandparents’ house, while Pete’s stepfather is nowhere to be seen. It soon becomes clear that the stepfather has an issue with alcohol that begins to manifest itself via violent outbursts, casting a dark shadow over the family’s happiness.

As the story unfolds from the perspective of its young protagonist Pete (who appears in just about every scene of the film), it is fortunate that Olavi Angervo turned out to be such a talented actor despite his tender age and relatively little experience in front of the camera. Olvai, while a newcomer to the cinema, took part in several theatrical plays in his native Finland prior to being cast as Pete in Above Dark Waters. His charismatic appearance and convincing expressions liven up the scenes and result in what I consider to be one of the best portrayals of childhood innocence I have ever seen on screen.  It’s an innocence that struggles to resist all the darker moments in his youthful life, an innocence that allows Pete to keep thinking positively and learn to see beyond the present – an essential step in everyone’s Coming-of-Age.

Scandinavian filmmakers are renowned for their ability to enhance their vintage settings in a way that appeals to modern-day audiences, achieving a visual manner of storytelling for which many film directors aim. The production design of Above Dark Waters, with all its period props, sets and costumes, successfully evokes a nostalgic feel into what, on first impression, appears to be a carefree childhood of the 70s.

The sincere, true-to-life approach to storytelling applied by the film’s director, Peter Franzén, does not translate into swift developments. Many viewers may find the film’s 140 minutes slightly excessive. That lengthiness also results in some scenes feeling monotonous.

Most viewers will relate to the events on the screen, possibly associating them with happenings from their childhoods. The film deals predominately with domestic violence from the child’s point of view. Still, as childhood traumas of perhaps different natures are present in everyone’s past, hopefully, as we mature, we’ve found ways to deal with them. 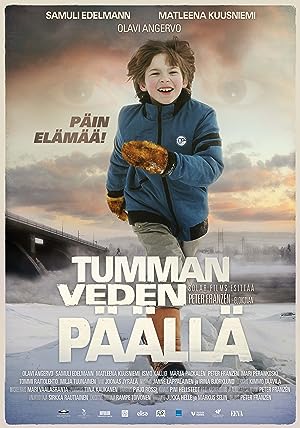 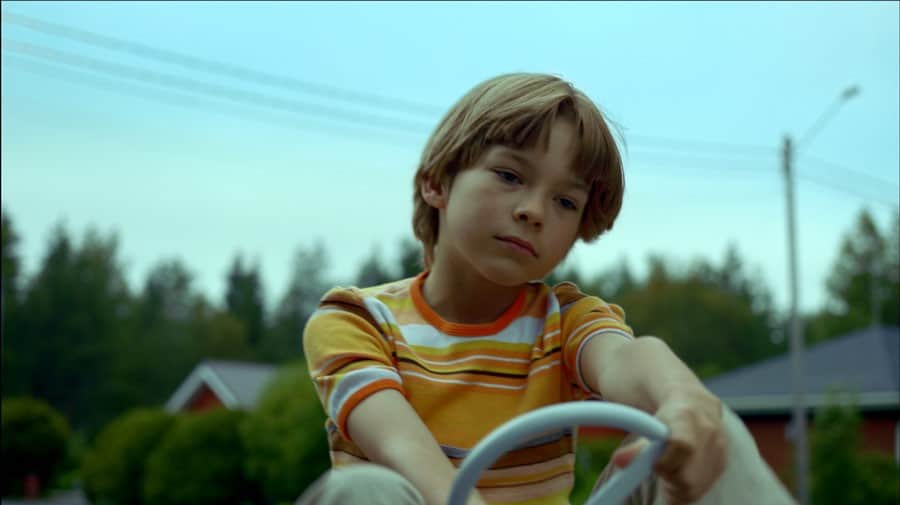 Above Dark Waters (2013)
Watch it
With his fine portrayal of childhood innocence, Olavi Angervo stars in the Finnish film Above Dark Waters.
3.8
OUR RATINGS
Previous articleMilk Money (1994)
Next articleA Childhood (2015)

Facebook
Twitter
WhatsApp
Above Dark Waters (2013)With his fine portrayal of childhood innocence, Olavi Angervo stars in the Finnish film Above Dark Waters.
TheSKyKid.comYoung talent in the movies and the arts