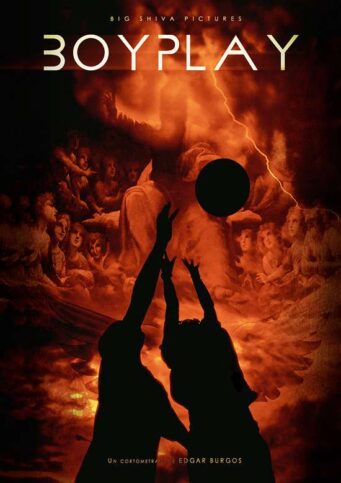 In Edgar Burgos‘s short film, Boyplay, a group of children, fed up with the bullying they receive from their older peers, challenge them to a game of life or death.

An elderly man reflects on his life and recalls how the resolution of the quarrel with his older peers influenced the path he ultimately took in his journey through life.

The ability to juxtapose the recent past with the present day is a surefire way to get people to pay attention. As an art form, Boyplay`s cinematography, in conjunction with the gloomy opening sequence, successfully draws one’s attention. Along with the underlying principle of fighting for one’s dignity, the movie devotes a large amount of screen time to the issue of bullying.

To cast the actors for the short movie, a lack of professional experience was something the casting directors sought rather than avoided. Consequently, the members of the film’s youthful cast deliver powerful and naturalistic performances.

Boyplay is a well-executed short film, but the narrative lacks cohesion, particularly towards the conclusion.

Previous articleLike a Kiss From Jesus (2015)

Facebook
Twitter
WhatsApp
Boyplay (2017)A group of children, fed up with the bullying they receive from their older peers, challenge them to a game of life or death in the short film Boyplay.
TheSKyKid.comYoung talent in the movies and the arts