Each nation has them: classic Coming-of-Age films popular with audiences within the country, but with limited or no awareness about them on the international level. Throughout the years, I’ve been able to discover intriguing movies from places like Russia, Poland and the Czech republic – largely thanks to discussions at online communities and forums that focus on world cinema.

Those discussions have inspired me to introduce seven films from Bulgaria. Most of these films were never released with English subtitles, which limit their audience primarily to countries that utilize the Cyrillic alphabet. Most of the Coming-of-Age and children`s films in Bulgaria were released prior to 1989, when the government heavily subsidized the movie industry there.  Therefore, the majority of the films reviewed below were released more than 20 years ago.

Now-a-days one rarely stumbles upon a good Bulgarian Coming-of-Age film. It is as if Bulgarian society has lost interest in childhood and adolescent development. Most Bulgarian films of recent years cover “modern” topics – such as crime, drugs and sex. So real connoisseurs of the Coming-of-Age genre have no other choice but to re-watch the classic films from the 70s and 80s while hoping for a revival of the genre in Bulgarian cinema.

An uplifting movie with a special message – Story With a Dog, Without a Dog is about 12-year-old Sonia, chosen for a lead role in a movie by a talent scout visiting her school playground. The girl gladly accepts as the script has a dog and she loves animals. Unfortunately the dog is taken out of the script just before the start of filming.

Sonia is having trouble coping with the demands of the director and relaxing in front of the camera. An older member of the cast sees the frustration of the little girl and shares with her a secret of how one’s imagination can help deal with just about anything.  The film is essentially about making a film and, as such, provides some intriguing insights into the challenges involved in working with children in movies.

A summer themed tale of a group of school boys living in the capital who help an older neighbor build a boat. When the summer comes and the boat is transported to the sea, they join the neighbor and experience many adventures together.

This made-for-TV movie  features lighthearted humor and charming performances from the young cast. While the children do become wiser by the end of summer, as in every Coming-of-Age film the targeted audience is likely nostalgic adults yearning for the innocence of their own childhoods.  In the 1980s, films about childhood were extremely popular in Bulgaria.  They frequently tell stories set in the same time period, unlike most western films on childhood, which are typically set in the past. 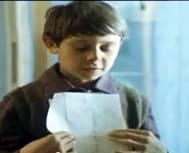 When it comes to good Coming-of-Age narratives – those told in the first person always feel much more touching and sincere, made even more so if the story is narrated by a young boy sharing the story of his first love.

The 11-year-old Slaveyko discovers the world around him with the sensitivity of an infant soul tasting the bitterness and disappointment of life. The action takes place in 1961 in a small provincial city in Bulgaria and one gets the sense of the time and the Bulgarian society of those days through the eyes of a young boy growing up.

A fine sense of irony and humor makes the film poignant and keeps its viewers engaged in the experiences and worries of the little protagonist. Stefan Voronov delivers an astonishing performance as Slaveyko and it is a pity that he did not pursue an acting career. Love Therapy feels like an adaptation of a novel done right and is undoubtedly one of the best Coming-of-Age films I have seen.

Problem with Many Unknown Quantities (1977) 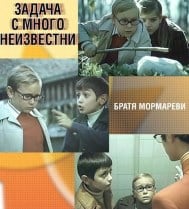 Based on a novel by the acclaimed Bulgarian screenwriters the Mormarevi Brothers (who were actually best friends, not brothers) Problem with Many Unknown Quantities (1977) is a children’s detective mystery set in the city of Plovdiv. Four fifth graders, with vivid imaginations influenced by novels and films, decide to help the police and expose an international smuggler.

The film thematic is similar to the Danish movie The Olsen Junior Gang or the Russian film Ostorozhno, deti! (2009):  a simple adventurous narrative with emphasis on the funny parts of everyday life. Kids starring in movies based on scripts by the Mormarevi Brothers were encouraged to play themselves rather than get into a specific role, which resulted in sincere performances in front of the camera. Like the narratives of A Summer in White, this one in  Problem with Many Unknown Quantities doesn’t strictly follow the conventions of the Coming-of-Age genre.  None-the-less the movie appeals to children, and to adults alike  — who are likely to recognize themselves as a child in the characters of the young protagonists. 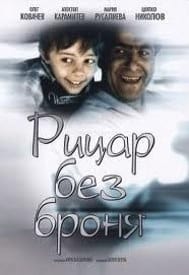 Knight without Armor is one of the few films that can be seen with English subtitles. The 1966 film has received various awards at festivals around the world – including a Golden Lion for Best Children’s Film and Best Children’s Role at Venice and Moscow.

The story focuses on the interaction of a nine-year-old boy with his parents and other adults; in essence, a collision of childhood innocence with the grown up world. Although the film was released in the 1960s, children now-a-days still play similar games like the ones the young protagonist of the film engages in — regardless of the country they are from. Director Borislav Sharaliev did a marvelous job working with a young cast and creatively used external narration (which might have come from the viewers themselves) to interact with the young boy.  The result is a simple, yet intimate and heart-warming story.

Quoting the description provided by the producer of the film on the Bulgarian National Television:

“Don Quixote and D’Artagnan fight against evil, for justice, to protect the weak.  That is so only in the novels, but in real life knights may only be children -with faith, innocence and enthusiasm. These fairy tale characters are defenseless against reality…” 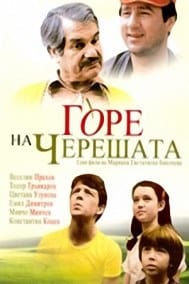 Starring one of the best young actors of the Bulgarian cinema, Veselin Prahov, Up in the Cherry Tree is a Coming-of-Age tale of a young boy who learns about the value of true friendship when an older friend is unjustly accused as a robber.

The film’s script was written by Rada Moskova specifically with Veselin Prahov in mind.  At the time, Prahov was considered to be a rising young star in Bulgaria. A lot of humorous situations, lovable characters and easygoing yet interesting story.

The soundtrack features the ever popular ballad by Frankie Miller – Jealousy. 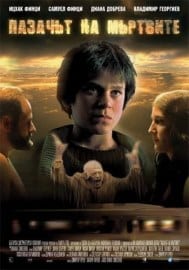 Warden of the Dead is one of the few Coming-of-Age films released in Bulgaria in recent years. A unusually serious 13-year-old boy lives at the capital’s cemetery.

He is known as “the Kid” and, after the death of his parents, he undertakes their responsibilities – managing the daily routine at the cemetery – organizing crews of gravediggers and the service women, taking care of the florists, etc.

He doesn’t go to school and learns about the real world from the world of the people who are not anymore among us. (full review)