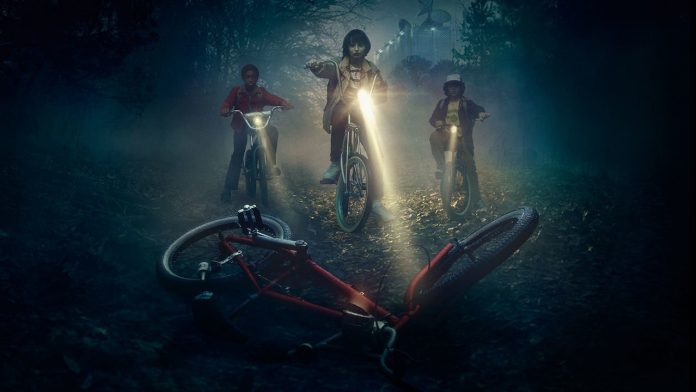 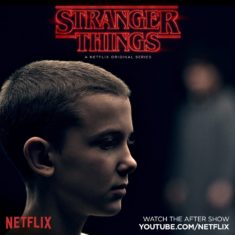 By now, you’ve likely either seen, or had to provide a justification as to why you haven’t yet watched, the new Netflix drama, Stranger Things. The show, set in small-town Indiana in the 1980’s, tells the story of the strange circumstances surrounding the disappearance of a boy, and the search to find him.

The show has received glowing reviews, and deemed “must see” TV. Thrill-seekers will love the rush of a good scare in the suspense and spookiness of the show, which pays homage to a number of 80’s shows that explored the supernatural (think E.T., Goonies, and Poltergeist).

Those of us who are old enough to remember the 80’s will enjoy the nostalgia-filled hour of each episode. But while those things may have attracted viewers initially, it is the Coming-of-Age stories playing out for two of the main characters that keeps viewers interested and engaged in the show. Placed in an inconceivably terrifying situation by supernatural forces, and let down by ineffectual adults, Mike and Nancy grow by measures in the course of a week.

At the opening of the series, Mike is a typical (though nerdy) 12-year-old boy. He and his friends play Dungeons and Dragons, try to avoid being targeted by bullies, and all but ignore the existence of girls. The disappearance of his best friend, Will, and subsequent events, ignite a bravery that was likely always at the core of his being. When he discovers Eleven, the strange girl on the run from the “bad place”, his first instinct is to make his mother aware of her existence. At this point in the story, he is still a typical kid, steadfast in his faith that parents can fix all problems. As it soon becomes apparent that the adults in his life are not able to help, Mike emerges as a brave, compassionate preteen; confident enough to even reveal the romantic nature of his feelings for Eleven.

Mike’s older sister, Nancy, also matures throughout the season. We are introduced to her in the first episode as a girl on the verge of a transformation. Bolstered by a blossoming romance with a popular boy, Nancy is changing from a somewhat nerdy, “goody two shoes” to a girl with an elevated social status and rebellious streak. But the real transformation occurs when Nancy realizes that something terrible has happened to her friend, Barb. Spurred on by her desire to find and help Barb, Nancy is willing to shed her social status and alienate her boyfriend. Let down by both her mother and the police, both of whom she reports her concerns to, Nancy seeks out a social outcast and together they take drastic steps to try to find and rescue Barb and Will.

That Stranger Things is the hit of the summer comes as no surprise to those watching it. Despite the spooky details, at its heart the show is a Coming-of-Age story with mass appeal.