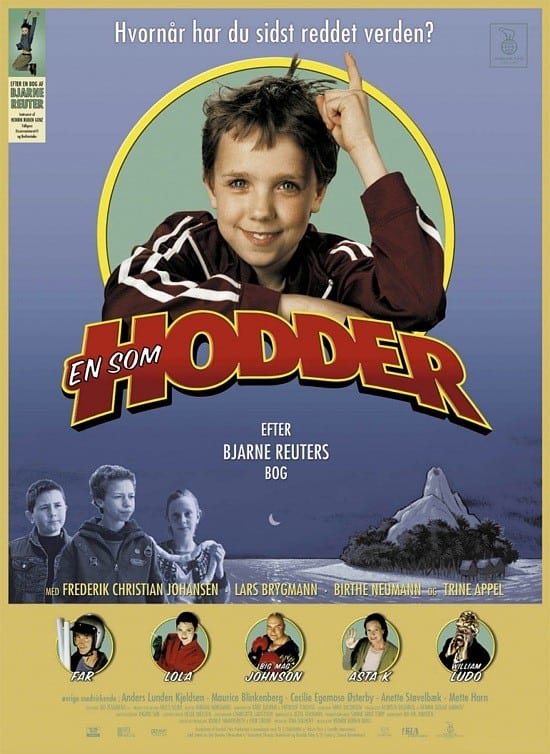 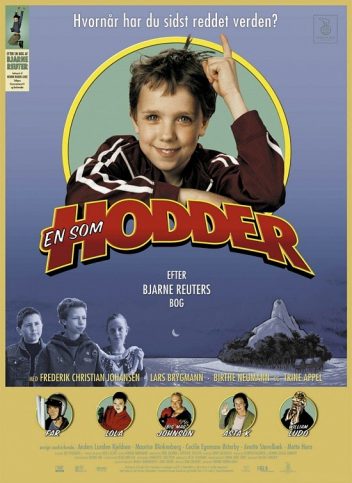 Someone like Hodder is a  Danish film based on the book with the same name written by  Bjarne Reuter .  If you want to see an lively and uplifting  family film – pick Hodder and let him show you what the dreams can do !

The main character in the film is the 9 years old Hodder (Frederik Christian Johansen) who lives alone with his father in a suburban neighborhood of Copenhagen .  Hodder`s Dad hangs poster at night which leaves him little time to spend with his son.

The classmates of Hodder are rather mean to him and blame him . In his own words :

“It’s like that in any class.One person always gets the blame.In my class….it happens to be… me.”

Yet Hodder don`t think bad of those teases – he seems to ignore than and still adire his classmates impervious to their grating rejection.

One night, a fairy appears to Hodder. She tells him that he is ” the chosen one”  who must save the world . Quite a handy task for a young boy. At first he tries to decline the responsibility saying to the fairy :

“But I live on my own with dad.Ask Filip from school instead.He’s much stronger than me.And he’s got a dad and a mum.”

Yet the fairy only confirms that it is him who would have to save the world the flies away . Hodder is confused – he tells about that night at school ,but naturally no-one believes his words .Next he shares with his his father and a woman at the bakery  about the his new tasks – his father is not of much help – but he said that it it was him he would have launched an expedition  , the woman the bakery suggest that he should   ” start small” . Hobber takes their advices literally and soon discoverers Guambilua – the smallest island in the world located somewhere close to Afrika . What reminds for him is to form a team of people who can help him to launch en Expedition and save the people at Guambilua. 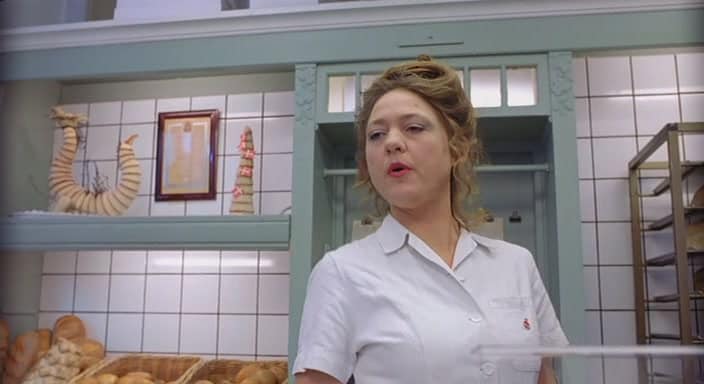 We see the world through the boy’s eyes – and probably that is why the narrative storytelling in the film seem so intriguing .  The casting is excellent and once again I amazed astonished by the pure talent of someone who makes a debut a film production  – Frederik Christian Johansen whose performance as  ‘Hodder’ is flawless . He looks and acts a bit like my younger cousin – and probably the fact that I know someone in person who is quite similar made the acting performance of Frederik so authentic and convincing .

The cinematography in the film was well done to reflect the film`s theme . In many of the scenes the camera was positioned  low and behind the boy, and the reaction shots of the boy sensitive and compassionate.  Frequently close ups of the boy’s face make the viewers fall for him and his world of imagination . In additional the director of photography crated some amazing scenes matching background with the eye colour of Hodder – which is a definite indication of a good directing . 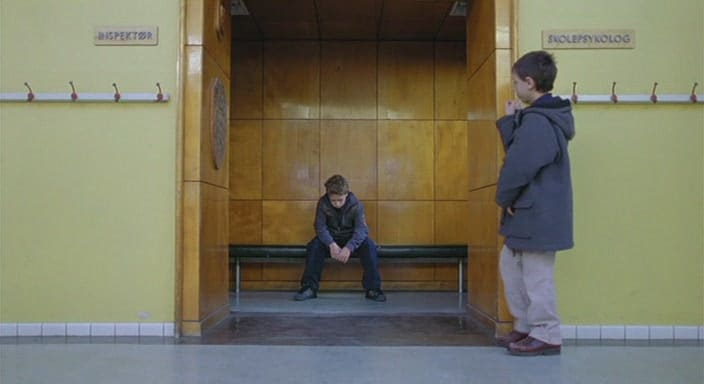 Despite the main focus of the Someone Like Hodder  lies in the power of a fantasy – various advance themes  such as  loss, loneliness, and bereavement are enriching its plot.  The film is perfect for a younger audience as it teaches  that people should trust in themselves , because they could achieve things – no one could have dreamt of …

At the end of the review I would like to share with you a quote from the 10 year old Dorian Brunz who summarized her opinion on the film like that :

” This is a film, which one has to ponder a lot at home. It shows not only the Beauty of life, but also many Sadnesses. The more I think about this film, the more beautiful I find it.”  ( source )

“The jury of the International Federation of Film Societies (FICC) has decided to give the ‘Don Quijote’ award to a film that opens a door to the world of a child. It shows how great children can be, what imagination they can have and what strength they can develop. When seeing this film we meet different persons: Lola, the lady on the street, the boxer Johnson, the lady in the bakery, the angel and above all the father. All of them have their special relationship with Hodder. which makes this film many sided. This film is well planned and well played.” (FICC-Jury at Zlin-Festival )

If you have seen the film don`t hesitate to share your own impressions using the comment form below :