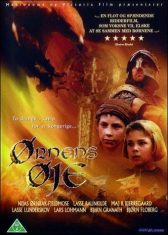 A medieval adventure, in the style of Robin Hood and The Prince and the Pauper,  the Danish movie Eye of Eagle has all it takes to keep viewers of all ages glued to the screen.

I used to read a lot of books about knights as a kid, and this fairy tale themed movie allowed me to re-live the excitement I felt when I imagined myself as a character in the stories that captivated the imagination of my youth. Whereas the film is aimed primary at a young audience, those of you who have managed to keep that adventurous spirit of youth will appreciate the tasteful way in which the story is offered.

When the Danish kingdom is endangered by an upcoming war,  the King decides to send his young son Vamdemare to the  Bishop of Ravnsborg. There, in relative safety, the young prince is expected to learn Latin and other valuable subjects the monks can teach.  The Bishop, however, has other plans and, after depriving the young prince of his liberty,  he secretly begins plotting against his father – the King.

Helped by Aske, a young boy who works in the kitchen, the prince manages to escape. The two boys then witness a secret gathering in which the local vassals of the king swear to his death. One of the traitors is a fearsome evil, one-eyed man accompanied by a huge eagle – an eagle through whose eyes the man can see and chase his enemies. Valdemar has had some basic fencing lessons from his father, but he has never been out in the world by himself.  His new found friend, Aske, is more practical and is enthusiastic to help his future king, who promises him to make him his squire in return for his services. But can two boys face the fearless one-eyed man and the army of the traitorous Bishop? 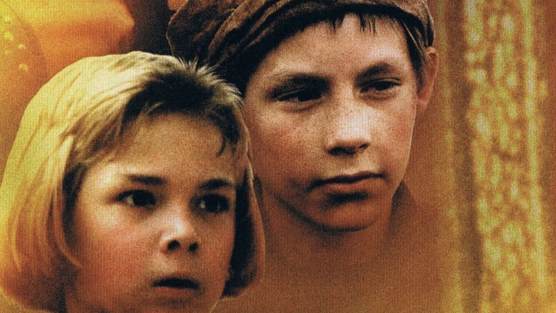 The characters in the film are based on actual historical figures from Danish history: King Waldemar the Second and his son Waldemar The Young.  The prince was, indeed, captured at a young age.

As far as the quality of the film goes, the costumes, props and the filming locations create an authentic atmosphere for the story. The plot does not shine with originality.  The friendship that the young prince forms with the kitchen boy brings reminisces of The Prince and the Pauper.  Indeed, a young prince in exile is a commonly addressed theme in medieval tales.  The performances of the two young leads, Nijas Ørnbak-Fjeldmose and Lasse Baunkilde, fully compensates for the lack of originality in the storyline. Both actors were natural and really looked good in their roles (and I suspect that for many kids nowadays,  the story will feel new – due to the seemingly less time kids spend on reading books).  The photography of the film was good – especially the aerial shots that represented the birds-eye-view of the eagle that accompanies the evil,  one-eyed man. Whereas the ending of the film may seem predictable to some,  it was not disappointing and served as a fitting ending to this adventure film.

Eye of the Eagle Official Trailer

To summarize: Eye of the Eagle is an intriguing and exciting adventure that features themes such as friendship, duty, first love ( the young prince and a girl he meets) and betrayal. There are fight scenes that provide excitement-  none of them violent.   Foul language is practically non-existent, making the film a perfect choice for a family flick that the youngsters and their parents are going to enjoy.