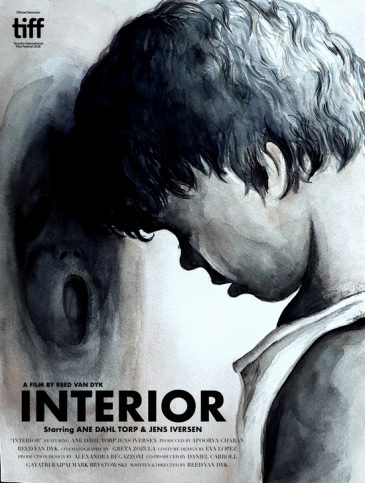 Reed Van Dyk’s 2018 film Interior is a prime example of a naturalistic portrayal of a grim childhood in which the behavior of adults influences the adolescent development of a young Norwegian boy.

The cinematography is as bleak as the story itself – as one observes the isolated existence of a single mother and her son – each looking for love of a different nature, and neither finding it.

As its director described it in an interview for Stuff Pick Premiere  at Vimeo: “the film is ultimately about mothers and sons, and the deprivation and confusion that’s born in a loveless home.”

The result is a modern-day grim urbanistic tale in which the audience is left to form an opinion of the film’s characters from their actions in an attempt to rationalize their behavior. While the story development is rather slow, the pace of the film lets the viewer absorb the sense of loneliness that both mother and son feel in their own way.

Interior is a film that inspires reflection rather than enjoyment. If you like the naturalistic approach of Scandinavian cinema, you will appreciate this story.