Editor’s Note:  A day ago (June 14, 2012), theSkyKid.com published a review of Jess + Moss.  After reading that review, PhoenixEast, one of the regular contributors to the site, indicated that he had a different viewpoint on the film and asked if we’d publish his own review of it.  TheSkyKid.com has always welcomed opposing viewpoints and has encouraged dialogue/discussion among its readers.  So, of course, we said yes.  What follows, then, is a distinct viewpoint about the film Jess + Moss.  We encourage you to read both reviews and judge for yourself which take on the film you agree with — or perhaps you have yet another opinion of it.  After all, variety is what makes the world go ’round, as the saying goes. We’d love to hear from you in the “Comments” section. 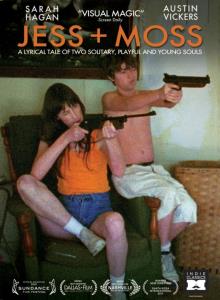 I thought Jess + Moss beautifully captured so many defining moments of childhood and also the transition out of childhood. No, there is not a great deal of plot here. But, oh my!  The characters are so rich in depth!

I don’t think there needs to be a breathtaking plot to the film at all. I think what we are shown is breathtaking in itself and, after all, life is not a plot. Life is built around memories and moments in life that define who we are and I think Jess + Moss really captured this well. Although a very different film, The Tree of Life also uses this style as a means to convey its story.

I loved the juxtaposition of the two main characters. One trying to hold onto her memories as she wants to perceive them while repressing the actuality of the situation, and the other trying to find lost memories in the midst of a falsehood as well.

Obviously the main theme of the film is memories in themselves and the moments that make these memories. I think Moss is so troubled by the fact that he does not remember his parents, that he has become obsessed with holding onto and remembering the moments that he has with Jess, hence the constant recording of their conversations and activities. I think he is building his life around that and the need to have Jess in his life is so great that, by the conclusion of the film, she not only leaves for herself, but she also leaves for him. A life lesson in itself for Moss, as these moments cannot last forever. 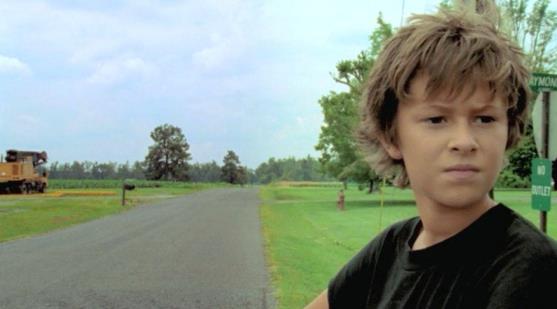 I think Jess has been burdened with the memory of her mother walking out on her and promising to return.  In her constant recollection of this memory, she has built a hatred for herself — blaming herself for the situations that have unfolded in her life. I think she finds solace in Moss. She finds a companionship she has lost through time. Only once do we see the home lives of Jess and Moss.   Jess is completely removed from the world around her — she is mistreated — but through Moss she finds an escape. I think she fears growing up because for so long she has lived in the hope that her mother will return.  She has become almost dependant on that and, in a sense, she doesn’t know how to move on from that. She lives through Moss as much as he lives through her. 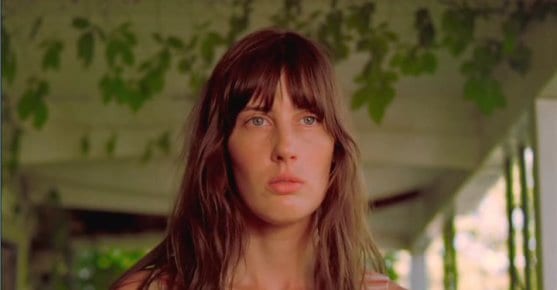 There is a lot of visually metaphorical undertones in this film as well. For example, the scene where they light the big bon fire in the middle of a field. This is intercut with shots of a post office and a shot of a petrol station, both completely empty and still, representing the fact that for Jess and Moss time is standing still in this moment. For them, nothing else matters in the world but this very moment. The outside world can go to hell as far as they are concerned, and this is a true feeling of childhood. As the film progresses, Jess must obviously come to terms with the fact that it just simply cannot always be like this, as much as we all would love it to be.  This is also one of the most beautiful and free aspects of being a kid. 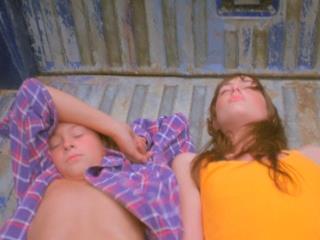 The love between Jess and Moss is so pure as well. Only once in our life times do we experience a companionship like that, and that is something we hold on to forever. For Moss, this has come at a tender age and I think his self discovery is subtly, but skillfully, shown. I think the microscope and the bugs is another great visual metaphor, representing the self-discovery of Moss in the environment that surrounds him.

I have to say that I adored the fact that this film was shot on 16mm film as well. I thought it was used perfectly. And, considering the main theme of memories and nostalgia, I thought it was a perfect choice. I loved how the director used the noise/gain aspect of 16mm as well, and used it very appropriately.

Is this an experimental film? I would actually say no. I think the film’s messages and characters are very clear, and its progression is very clear. It does use a wide range of metaphorical images representing certain aspects of our characters and situations, but the main points of the film are visible. I would say it is technically experimental, in the terms that the visuals and camera work are but, as a whole, I would say no. I’d say it’s an abstractionist Coming-of-Age drama.

The ending was just so picturesque as well. Their acceptance of both who they are and of the misfortunes in their lives, are represented in such an elegant manner. The fireworks at the end are almost a congratulatory celebration of this acceptance, the new memories they are about to create and also are a gorgeous representation of their love.

Lastly, I thought the acting was just brilliant. So raw, and so real. I think the fact that Clay Jeter was able to capture these moments in such a manner is a real testament to his abilities as a director. There was not one moment where I didn’t feel or believe the connection between the two characters. The chemistry was perfect. Two very talented actors in Sarah Hagan and Austin Vickers.

Overall, a film that I thought was incredibly moving and beautiful in so many ways. I thought 80 minutes was a perfect runtime as well.