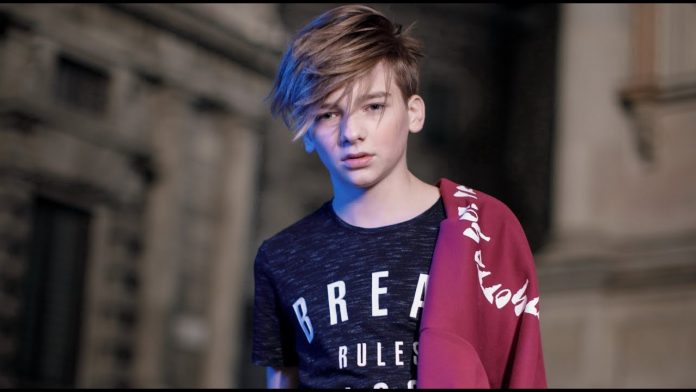 I’m sure there’s some perfectly logical reason this young Russian singer has used three different names in the last two years! I can’t find it.

Using his latest pseudonym, Kain Rivers, this mostly blond, slim young Russian boy has been posting photos and videos on VK.com, even showing us his apartment, which seems to have security alarms all over.

But then maybe he’s Ukrainian, and the alarm sounds in his video are emanating from his mobile. He is one of a whole new Renaissance of young artists from Russia, although not from the Ecole group.

This teen has his own YouTube channel and has been adding material to it. He also seems to be involved in fashion. He’s on Instagram, Facebook, Twitter, OK, and Telegram, many of which have been dormant for months.

So let’s work back from the present and discover who’s behind the charade.

After seemingly touring to the Rhein and Italy, Kain posted a rather fanciful video in which he is a small person in a giant, sometimes the upside-down world. This is fascinating to start, but the tune is fairly laid-back, and the visual gets repetitive. It’s fun, but a video using the images collected on the route, which I had expected, did not appear.

Following up a lead, I discovered Dmitry Zakon, who seems to have international connections. Is he the producer behind the recent Kain videos? And the reason the second Kain name (Kirill Rogovets) suddenly changed to “Rogovets-Zakon” in August? Mysterious. 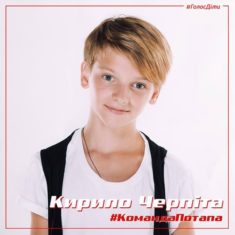 An entirely different presentation of Kain can be seen published on August 17, 2017, in which a classical, pure white world houses Kain singing sweetly in an enchanting ‘choir boy’ trilling treble. The melodramatic moves and portraits focus only on Kain, but since the language is foreign to me, I can only wonder what this is about (as usual, no English explanations).

A song called Mope (pronounced more) is shown as a bright, joyful, carefree video with an open sea and much sun, with a fun Caribbean style.

In a live TV performance earlier in May 2017 at a benefit concert (1+1 TV), Kain, this time called Kyrylo Cherpita, sings White Horses, a song I much enjoyed. What I liked here is Kain’s flawless presentation and his stunning range changes — from very tender falsetto to a raunchy, blues-type voice. I love the confidence and courage here, on national TV, and in front of a vast audience, perfectly at ease delivering this.

But then performing seems to motivate him, as in the 2016 VOICE competition where he also appeared nationwide, reaching the semi-finals. Another amazing young Russian singer, Ivan Iastrebov, won it but appeared not to have followed up his success on social media.

Still, as Kyrylo Cherpita (Кирилл Черпита), Kain sings Chandelier, giving us the chance to compare him to the awesome Gregory. His natural voice is strong here. Indeed, only the important sustained falsetto parts are less impressive than Dolgolenko. The ability to act out a song is another plus for Kain, who presents this with different tonal passages.

When I hear this fairly diminutive young boy perform on stage, I am surprised by the power he can generate.

Appearing on My3 TV, Kain sings Impossible with style. But an even better example is Its a Man’s World (2-Oct-2016 – The Voice-Blind Audition), showing off his incredible ability to interpret and slip into different voices.

In July, Kain sang Mope’ again, live, at the VK FEST 2017, and once again, we see what a promising performer he has already become. Finally, you should see The VOICE trio singing Loshadi, from which Kain advanced to the semis (2.3 million views/October 2017).

By whatever name you call him (or he calls himself), he’s a kid to watch for in the future. I wish him luck.

/update – 26.04.2021 – All the clips have been removed from the official YouTube channel of Kain Rivers. We have replaced what we could with clips hosted elsewhere.