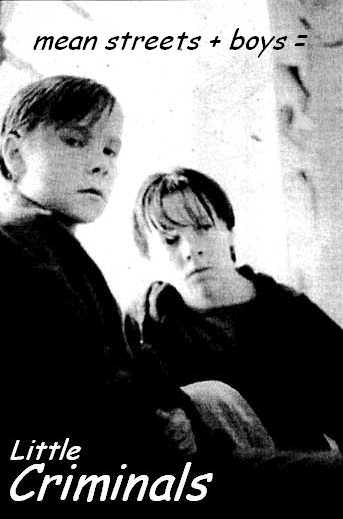 Little Criminals is a Coming of age story that will keep you glued to the screen. The main character is an eleven-year-old boy named Des – a boy living a tough life involving himself in various crimes and mischiefs since he was six. At 11, he has his own gang and cruises the town looking for houses to rob, people to mug – or the way they see it,  to have fun in their own way.

Being underage (under 12 anyway), he knows that if caught, the cops won’t be able to do anything but call his mother to pick him up. Knowing that his age makes him untouchable, he takes full advantage of it. During a fight on school grounds, impressed by the fighting skills of Cory, Des tries to congratulate him only to get punched by the angry boy. He handles the situation, and soon the boys become best buddies.

Nothing lasts forever, and Des is sent to an assessment center for troubled youths. But he doesn’t remain there for long…

The acting in the film is first class. There is the debut of a young actor, Brendan Fletcher, who outperforms many of his older and more experienced colleagues’ performances. The movie also has the wildest, very suitable, and cool soundtrack – mostly alternative (think Portishead, Headstones, and Radiohead). 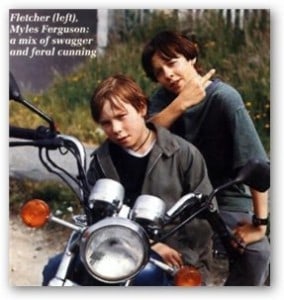 An unusual coming of Age story, Little Criminals, is a Canadian movie that reminded me of another great story about a troubled youth coming that originates from the same country. It gets as realistic as possible, having most scenes shot by a handheld camera and including a mixture of documentary-style interviews and action/drama. Combined with an original plot, the result is compelling, moving, disturbing, and, yes,  a provocative film that I highly recommend.

Dennis Foon, the screenwriter of the film, had this to say about how he came to write Little Criminals:

“I was interviewing some kids in Winnipeg while researching my play, Seesaw, when a teacher told me that one of the more hyper 11-year-olds I met had been busted breaking into a house with another 11 years old and a four-year-old. When the police asked him what he was doing, he replied, “babysitting.”

I became curious about small kids and crime and asked the CBC’s Jim Burt to commission me to see if there was a story in this. My first phone call was to the Vancouver Police, who told me that kids ran at least four gangs in the city under 12. As I peeled the layers, it became obvious that it wasn’t just a story about little criminals; it was about kids falling through the cracks. If Des (played to perfection by Brendan Fletcher) is a monster, he’s our monster — society, poverty, and the system created him.”