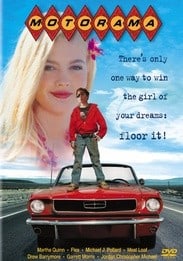 Sometimes you see the cover of a film – and more or less make your mind of what it is going to be like. I did the same for the US production Motorama – and oh boy was I wrong .

The film began with some spooky scenes , which confused me even more . There were hints of a dysfunctional family ( parents arguing  ) while their son is working on something in their garage. He turns out to be the young protagonist of the film- the 10 years old Gus .When that becomes clear a bit later I was once again surprised as he ( Jordan Christopher Michael) was much younger than I expected . From now on I am rather confused of how the film can be classified – coming of age drama, a comedy or a road movie …there is a bit of everything . I end up enjoying the film – but am not really able to define a well written reasoning for that.

Gus steals a Mustang , takes some money and hits the road . He drives the car, listens to loud rock music – stops at a Gas station where he finds out about the game ” Motorama” – which involves collecting of all letters in the game`s name trough special cards which are distributed by “participating gas stations “.  And here it came – another surprise – not only I thought that the actors is older before I see the film , but the other characters in the film saw him as such – and he acted older as well which added another layer of strangeness to the film.  But while mos people seem oblivious to his age , there is someone – who could recognize Gus`s age and get him in trouble – the sheriff ! 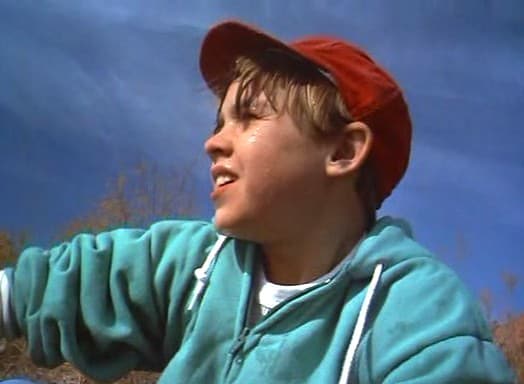 “Being underage is such a terrible crime isn`t it? ” asks the boy when he almost gets caught in the first Gas station. For a 10 y.o he sure uses a lot of course words – in a way he could be easily described as the nightmare or every parent – stealing car, mocking people for money , getting into gambling – to the point in which at one times he states :  “I play Motorama and right now my whole life is devoted to that game”. Yet he seems to be learning a lot during his trip – and experience during it – which most of the times are quite unpleasant for him – as he loses one of his eyes in one scene and is tattooed against his will in another. Yet the ending of the film – would definitely surprise you once again – with the morals it brigs – even if they could be a bit doubtful .

The film is full with US symbols – Mustang , Jeans and …several others which are commonly associated with the US – such as KKK , but I am feeling uneasy discussing any of them in my blog. In other words – Motorama is not a children`s movie as it features many disturbing scenes and foul language . The cast if packed with well known actors such as Susan Tyrrell,Jack Nance,Garrett Morris,Michael J. Pollard and Drew Barrymore . However none of them delivered a notable performance – including Jordan Christopher Michael who was on screen most of the time.  He is excused however as the film`s plot required him to think and act as an adult – which could be quite a challenging task … 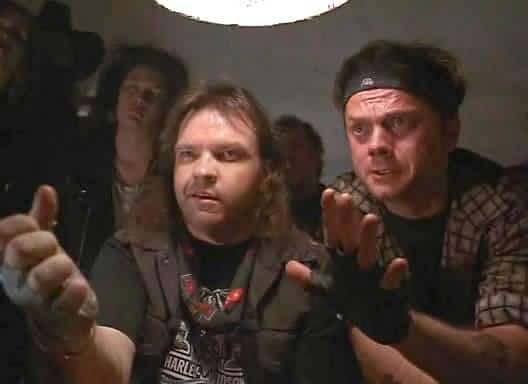 My guess is that Motorama would appeal to people who like surreal scenes set in an alternate-universe. They would have a lot of opportunities to interpret and analyse the scenes directed by  Barry Shils.  I found the film interesting and enjoyable enough – yet I tend to prefer more realistic tales as I have mentioned several times in the blog.

This review would have not be possible without the valuable support of CVMC . I would like to thank them for supporting theSkyKid.com by providing the DVD of ” Motorama ” . Check out the film`s page at the CVMC.net