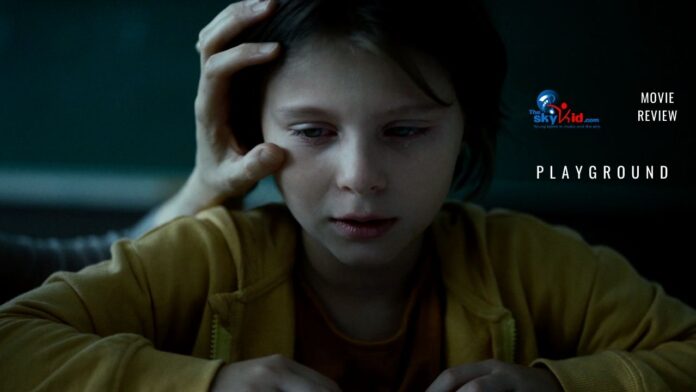 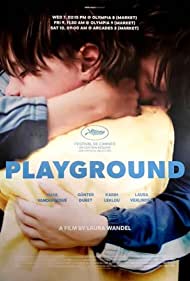 Coming-of-Age films addressing bullying and interpersonal relationships are not a new phenomenon in cinema. Yet, among the many cliched approaches of the theme, there are only a few realistic and original movies with an engaging narrative that drives the message home without resorting to emotional manipulation. Such is the case with Laura Wandel`s 2021 film Playground ( Original title: Un monde ).

The film, characterized by its harsh realism, tells the story of 9-year-old  Nora (Maya Vanderbeque) and her brother Abel (Günter Duret). The film opens with a close-up of the tearful face of the young heroine as she is about to enroll in primary school for the very first time. Her brother, Abel, is a little older and already attends that same school. Yet his presence is not enough to calm the little girl. The presence of her brother at the school develops into an issue in itself when she realizes that he is a victim of constant bullying. When Nora attempts to help him, things escalate from bad to worse.

The action, story, and characters in Playground and the central motifs embedded in the narrative such as bullying, self-image, and peer pressure have significance beyond the context of the film itself. Playground has one of the greatest aspects of Coming-of-Age movies. It makes the spectator aware that one’s childhood experiences are just as crucial for understanding human nature and the world as those we may have as adults.

The pace of the action is emphasized principally by the active (sometimes handheld) camera, which closely follows Nora’s character adopting an indirect-subjective point of view, thus bringing the spectator closer to the action by letting the viewers become involved with the sentiments of the little girl. The camera frames the whole action from a child’s eye level (by making use of low-level and close-up shots), highlighting the uniqueness of their world while, at the same time, isolating the adults in supportive and assistive roles. 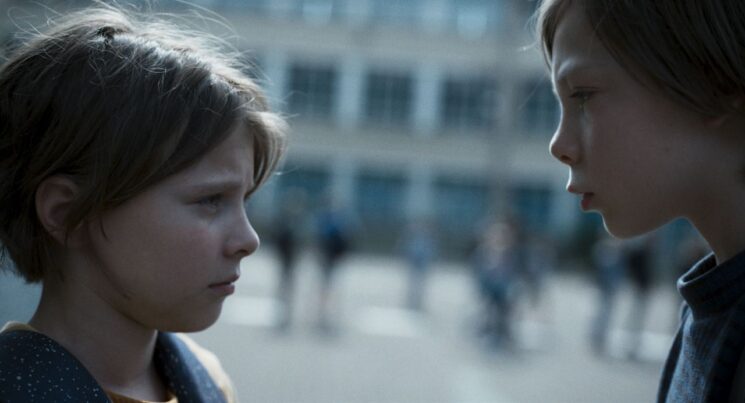 Intriguingly enough, the film score is comprised not of music, but the sounds of the school playground. The school noise is ever-present in the picture, further boosting the story’s authenticity level. The playground itself becomes a microcosm representing the world and our society.

Maya Vanderbeque is on screen for almost every second of the film. One rarely needs dialogue to interpret emotions. Portraying a multilayered personality in development is challenging, but the young actresses excels in it, delivering a quiet yet profound performance. As the film is told from the viewpoint of Nora, Günter Duret’s character is less frequently on screen. Yet, his presence is essential in portraying the interpersonal relationship between brother and sister, which is anything but static.

Playground is not your typical Coming-of-Age bullying movie. It offers an intense emotional journey that achieves a lot in its 72 minute duration. 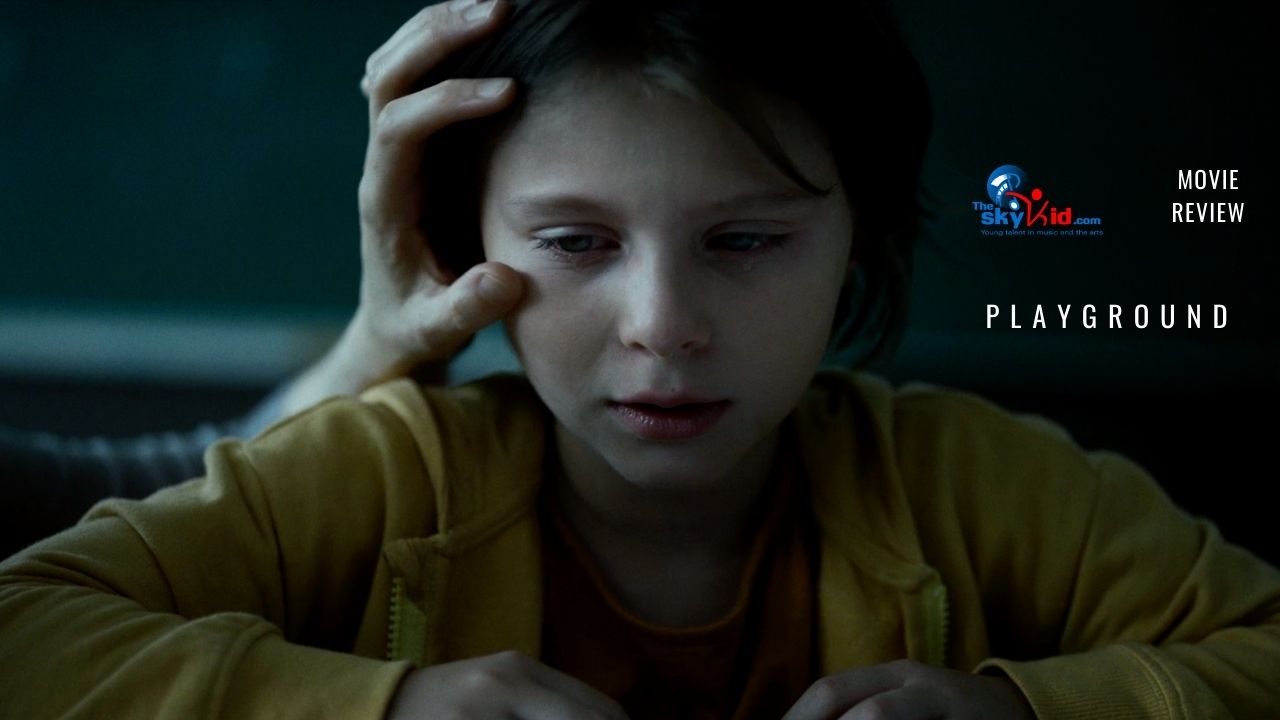 Playground (2021)
In short
Playground is a realistic and original Coming-of-Age themed movie with an engaging narrative that drives its message home without resorting to emotional manipulation.
4.7
Our rating
Previous articleThe Red Head (1932)
Next articleVerde ( 2006)

Facebook
Twitter
WhatsApp
Playground (2021)Playground is a realistic and original Coming-of-Age themed movie with an engaging narrative that drives its message home without resorting to emotional manipulation.
TheSKyKid.comYoung talent in the movies and the arts