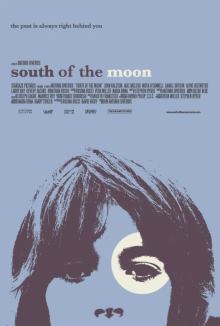 A film with a big potential is ruined by its length.

It’s a Coming-of-Age movie from Canada. The Canadian cinema industry has several Coming-of-Age films well worth mentioning:  Dave Shultz’s Jet Boy,  Daniel Grou’s 10 1/2, and Franc Vitale’s Montreal Main are just a few of the noteworthy ones.

South of the Moon shares some of the qualities of those great films: an intriguing story, a promising young lead and, as an added bonus, a moody soundtrack with jazz and soft rock songs that really fit the theme of the film. That score even features a boys choir performance, though I have reservations as to its appropriateness in relation to the scene in which it plays.

The film features the Coming-of-Age experiences of twelve-year-old Coleman Hawkins and his uncle Matt. To Coleman, Coming-of-Age presents many challenges:  love, confusion, nervousness around girls, sexual curiosity (challenges common to many kids his age) and all that while trying to make sense of the world that surrounds him. For Matt, although he is older, his changes and transformations, the experiences that shape his life and personality (told via flashbacks) are equally enticing. Coleman and his uncle share a very special bond: despite the difference in ages, Matt is Coleman’s best friend and something more…

The plot of South of the Moon is complicated, essentially tying a Coming-of-Age story with one of big love. Although this approach is innovative to me, at times the ties that connect the stories weaken.  As a result, it’s quite possible that many viewers will get lost and, as a consequence, will be bored by the time the first hour of the film has elapsed. In fact, I came to appreciate the film only on my second viewing – armed with all the knowledge I had gained from the first time I watched it.  But I believe a real negative issue lies in the film’s length.  I feel that there are definitely scenes that could have been cut, preventing this from being a 102 minute movie.

Jake McLeod made an excellent debut in the role of Coleman Hawkins. It’s a shame that the film’s director, Antonio DiVerdis, lacked the experience of working with young cast members. There was often a stilted, unnatural feel to the dialogue and interactions between the young actors.  Yet Jake’s talent shone through.   The real star of the film, though, is the Canadian actor John Ralston in the role of Coleman’s uncle Matt.  He was brilliant and really made the movie.  Fortunately he worked extremely well with his young co-star and that really enhanced both of their stories.

John Ralston as Matt Hawkins in South of the Moon

I really enjoyed the independent feel of the film.  Subtle hints and a bit of controversy are frequently featured in the Canadian movies and that makes them stand out when compared with most American productions.  The plot features some dramatic story twists, which could have made the film much more interesting if it were not for the somewhat clichéd ending. Admittedly, the story failed to involve me emotionally.  Yet, although I rarely say that, the lack of emotional attachment did not ruin my experience .

Overall, I would recommend the film despite the few shortcomings I’ve mentioned. South of the Moon is an innovative independent Coming-of-Age film that deserves its chance to be appreciated.