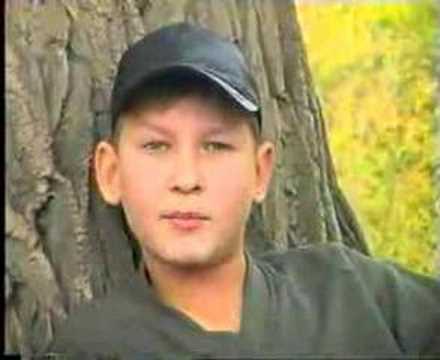 Interview with the music producer and composer Sergey Kuznechov 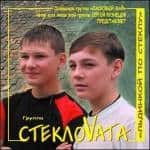 Tonight I decided to blog about one of my favourite music groups. It may surprise you, but it is a Russian one – Steklovata (Стекловата). There are two main soloists -Denis Belikin and Arthur Yeremeyev. The group’s lyrics are written by the composer of the music, who is also a producer of Steklovata – Sergey Kuznetsov. Thanks to his studio, we all have the chance to experience truly touching and moving Russian music. For their first album, Sergey wrote the music first – then he worked on the vocals – first the leading one and then the supportive. Artur and Denis’s incredible voice ranges are like a trademark for the music of Steklovata – and probably the reason for which many treble music fans know about the group. The songs are really different – you can hear great ballads and fast-up beating vibes. Simultaneously, the lyrics are written very well – which is not surprising since Sergey Kuznechov is not only a composer but a poet as well.

There is a lot of information about Steklovata out there – enough for a whole book, as their producers mention on his official page. However, the majority of this information is available only in Russian. These days thanks to fans from all over the world – we could expect more information to be either translated or written in other languages.

I found out about that group from a friend of mine- once he gave me a CD with video clips and a couple of songs. The first album of the Steklovata. Soon, I got addicted to the music, and after searching on Google, I found the group’s official site. Besides, you can see the album covers and even purchase them here

You may think – sounds nice – but what did you say – a Russian band – and I do not know Russian. Well, I am not very well at it either (which is a shame since I have studied it for 3 years) – and still enjoy the music of Steklovata. I found out that Steklovata as a band is just one of the projects of Sergey Kuznetsov. There are many others – and each is as good as Steklovata is – as a quality of the music. Almost all songs are available for free (non – commercial use) from the studio’s website. If you like the music, however – a donation will be highly appreciated.

This is the homepage of the producer of the band. The site has a new design from few months – and now it looks better, and the navigation is easier. A variety of information is available – through you will need to know Russian or use some of the online web translators such as world-lingo to use it.

According to the official web page, there is a CD out there that includes some of the most popular studio Sergey Kuznetsov projects. The CD features featuring music, video clips, photo sessions and midi files.All you have to do to get it is to send an e-mail and ask for details about its price and delivery method. This is the only way for you to have the complete set in your collection and, most importantly, to support future projects of Sergey.

A bit of history :

Soon after that, another singer joins the Group (Artur Eremeev), and jointly they issue their first album, although unofficially under the name “Pieces of ice.” In 2002 the group again unofficially releases another album, “Ostorozhno – Hrupkoe – 2003.”

The new group’s main problem is the absence of sponsors – which was a real problem as the group was never given a chance to present its music to the public at large. The group was able to gain popularity mainly through participation in music fests across the country. In 2002 the group was able to take first place in the hid parade of the Russian radio in Estonia.

Read about the other projects from the producer of Steklovata.