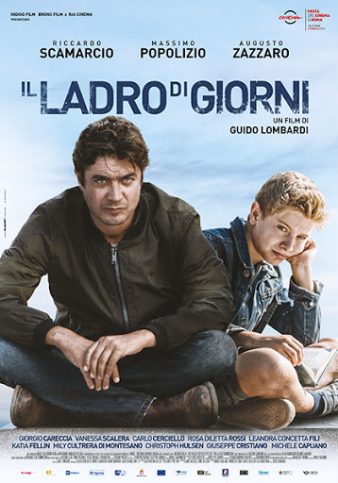 Stolen Days (Original title: Il ladro di giorni) is a film that captivates and intrigues from beginning to end. It hits all the right notes – on storytelling, the plot’s complexity, acting, musical score, editing, and camerawork. What’s more, it features a Coming-of-Age story that enhances not just the life of the protagonists on screen but of its viewers as well.

Written and directed by Guido Lombardi (which explains the excellent quality of the script that surpasses one’s expectations for a novel adapted to screen), the film tells the story of Salvo (Augusto Zazzaro) and his father Vincenzo (Riccardo Scamarcio). Salvo is eleven but has not seen or heard from his father in a long time. Seven years ago, Vincenzo got arrested in front of his son (too young to understand what’s happening) and sent to prison.

One day, as Salvo plays football with his classmates, Vincenzo appears. He has been released and wants to spend time with his son. To the boy, his father has become a stranger, an almost mythical figure of the past, which explains his reluctance in this reunion of father and son. He joins his father on a road trip across Italy, a trip whose final destination ties in with the father’s criminal past. It turns into a journey of mutual re-discovery of the father-son relationship, during which the boy becomes a man – but not without paying a heavy price. 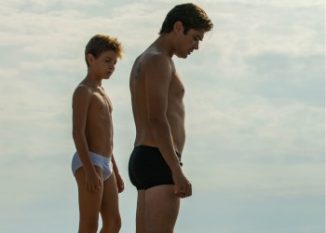 Stolen Days combines the elements of a Coming-of-Age drama, thriller, and a road movie in a cleverly entwined nonlinear dramatic structure. Information about the characters’ past is filled in by flashbacks and dialogue, creating a state of dramatic tension. Furthermore, the filmmakers utilize objects as symbols that trigger complex attitudes and feelings within the story’s context. One example of such a symbol is a toy robot, which symbolizes imagination and childhood. It serves as a storytelling device connecting the past and the present. Other examples are the broken windshield of the car they are riding and Robert Louis Stevenson‘s book Treasure Island, both charged with symbolic significance.  I will leave it to the viewer to interpret that symbolism.

Set in a modern-day Mediterranean summer, the film’s atmosphere is aided by the lyrical photography of cinematographer Daria D’Antonio. The viewer gets a taste of her work’s quality from the first scene, where the camera’s movement combines tilting techniques with immaculate framing.

The musical score is unobtrusive yet effective in heightening the dramatic effect of the picture and communicating what’s going on in the characters’ minds. A prime example of this occurs during a live performance at a restaurant where the father and son dine on their reunion’s first night.

The plot revolves around young Salvo’s experiences as he loses and gains perspectives of life and people thanks to his father’s interaction. Augusto Zazzaro delivers a stunningly credible performance in the film, once again confirming my observation of the value of discovering cinematic gems around the world only to be rewarded by a performance of a debuting young actor that far outperforms most of his adult and famed colleagues.

Although the father-son relationship gets off to a rocky beginning, it slowly turns into a pivotal motif of the story, highlighting that age often does not correspond to greater maturity.

Stolen Days is a masterpiece of the Coming-of-Age cinema, with a story capable of engaging viewers of all ages – even those who usually opt for an intriguing series on the TV. Its story is original and provides enough twists and turns to keep one’s attention, and it all culminates in a rewarding finale. 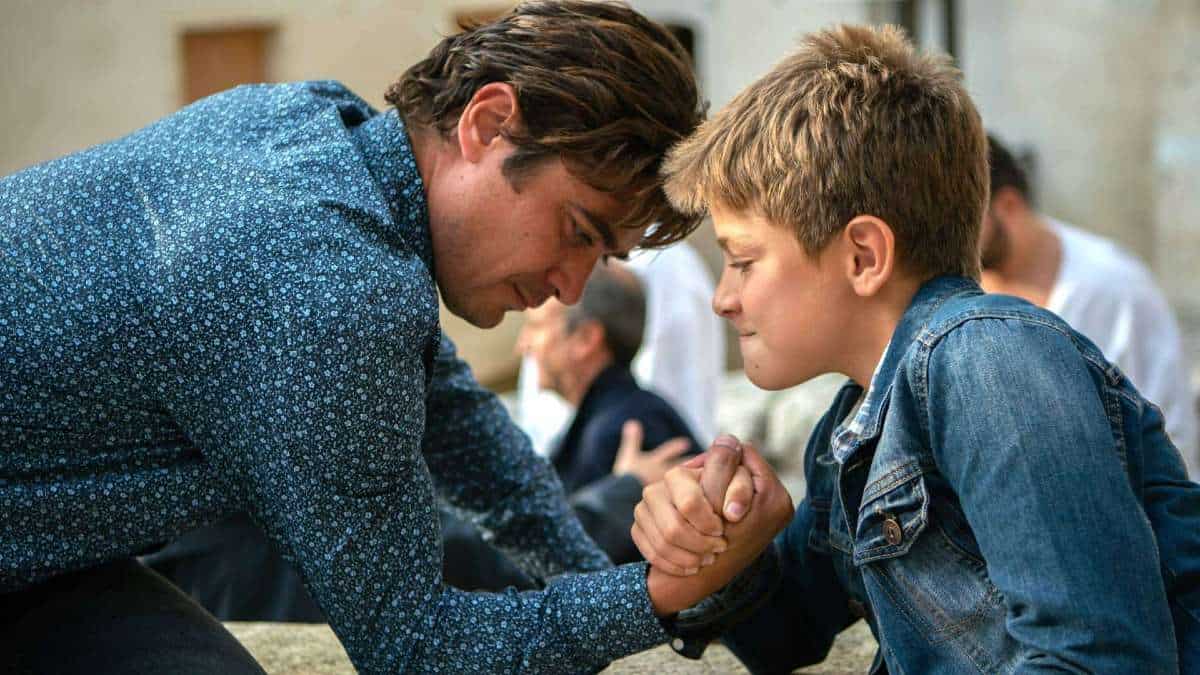 Stolen Days (2020)
In short
Stolen Days is a masterpiece of the Coming-of-Age cinema, with a story capable of engaging viewers of all ages.
Character/Acting
Score/Soundtrack
Cinematography
Storyline/Screenplay
Production
Direction
Reader Rating1 Vote
5
Our rating
Get the DVD
Amazon
Previous articleLuminous Motion (1998)
Next articlePhoenix 11·23 (2012)

Facebook
Twitter
WhatsApp
Stolen Days (2020)Stolen Days is a masterpiece of the Coming-of-Age cinema, with a story capable of engaging viewers of all ages.
TheSKyKid.comYoung talent in the movies and the arts