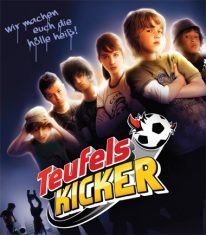 Already attracting a lot of interest in both Germany and overseas,  Teufelskicker (Devil’s Kickers) is the new sport-themed film starring all the popular German band Apollo members 3. Henry Horn plays the lead role as the young Moritz who is addicted to football just like so many boys (and girls) worldwide. (For American readers, the film features the game known to you as Soccer — not the game played by the NFL.)

He trains at SV Hulstorf – the local football team coached by his father. Life seems to be perfect ….well, almost …. as Moritz has a tenancy to slip into his own dream world of the big football game,  just when his attention and concentration are most needed on the field.  One of these lapses causes him to miss a chance to score a goal, and his team loses an important game.  His mother, who promised to attend the game in the morning, manages to reach the stadium when the game is already over, but just in time to catch her husband cheating on her. Shocked – she immediately takes her son, quits her job and leaves for her father’s house.

The move is tough for Moritz, who has to attend a different school in a new city where the only football team, VfB Eichstädt, refuses to accept him. Desperate, Moritz decides to form a team on his own, aided by some new-found friends.  His new friends include Catrina, the Turkish brothers Mehmet and Enes, and a band of playground acrobats Alex, Shadow, Sleepy and Co. Together, they decide to sign up for the approaching tournament against all odds (such as the lack of a proper training field or a coach ).

The film aims at the younger audience (twelve and under, that is) who will appreciate the exciting effects and moves — mixing football with Parkour (running through urban areas while performing various gymnastic maneuvers over or on human-made obstacles as walls and buildings). Yet, compared to some other coming of age films focusing on sports, such as  The Mighty Ducks, Angels in the Outfield or The Sandlot, it fails to really engage the viewer. Some hardcore football fans may still enjoy it – although the Belgian film Buitenspel does the sport much more justice. 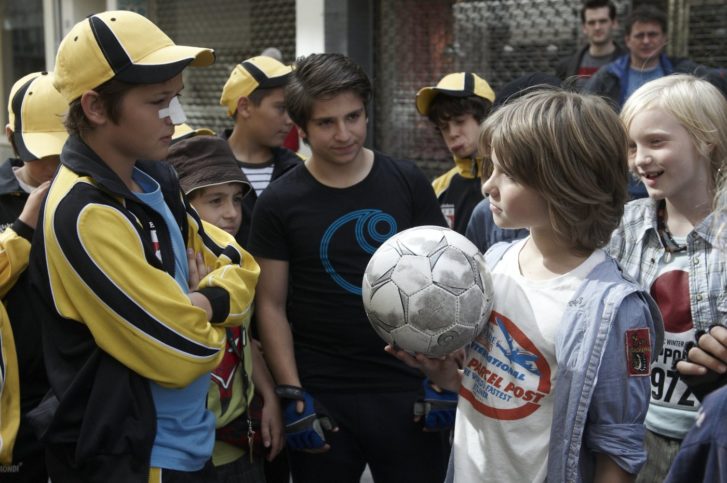 Yet, the groovy soundtrack (which includes a song from Apollo3’s new album) and the modernized and urbanized version of soccer are guaranteed to win the hearts of many kids around the world.  Another attractive feature of the film for the kids is that real-life football stars Lukas Podolski and Philipp Lahm have a cameo appearance in the movie). Like in many other films that feature a gang of kids,  some of the characters in Teufelskicker are rather stereotyped – a girl that can play soccer better than most boys, a bully captain of the enemy team and even the Turkish brothers (though this is more related to German reality, as it is likely that most international viewers won’t note some of the cliches).

The acting in the film was quite average – yet Henry did a good job in Moritz’s role, and the rest of the kids, although cast in a film for the very first time, did OK. The cinematography and editing are fine  – especially when it comes to capturing the acrobatic performances of the young players.

Despite its shortcomings, Teufelskicker has some entertainment value as a family film as most of the scenes are funny and filled with action.  As was mentioned,  youngsters are going to like it especially. 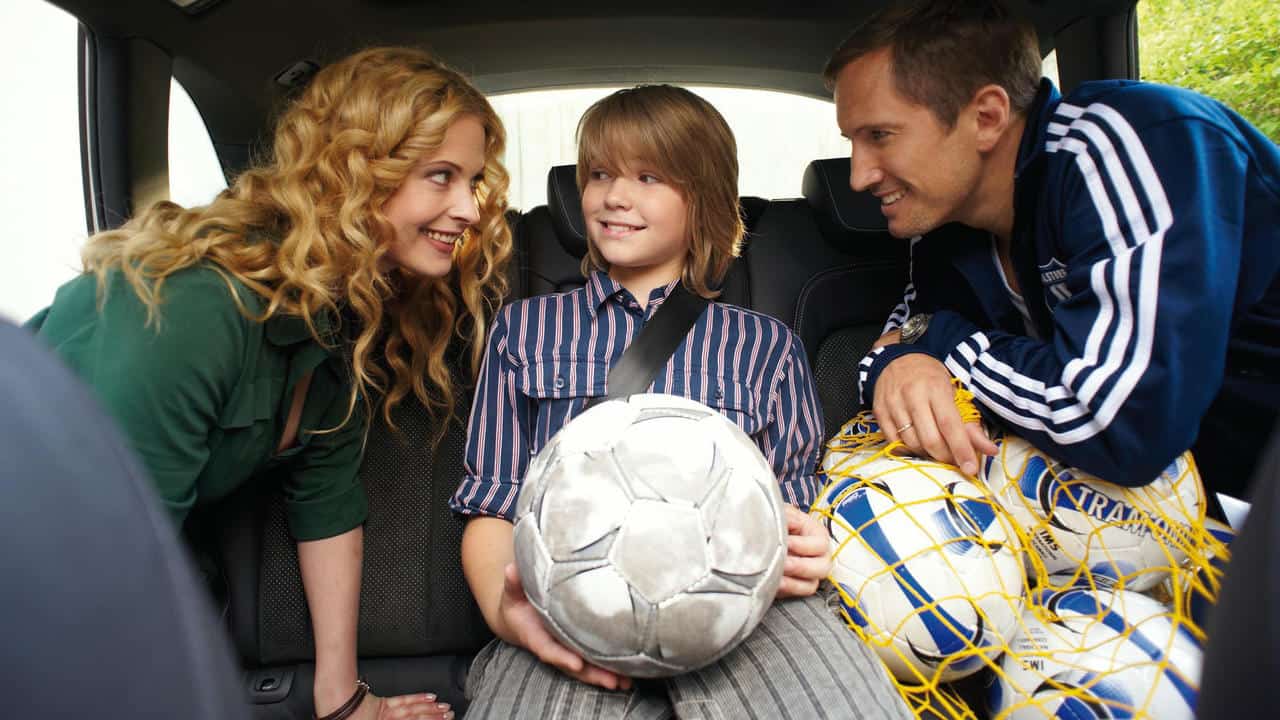