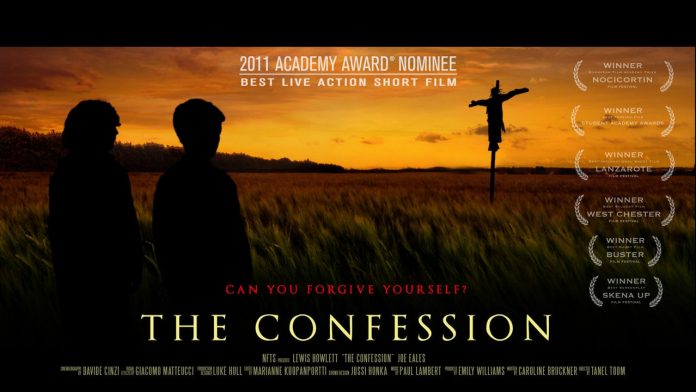 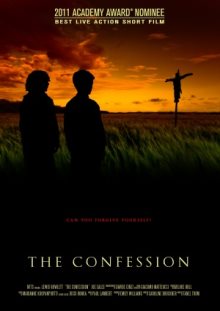 ” When the times comes for your confession , there is nothing to be frightened of …”

It all starts with an idea.  And if the idea is good enough, and has the potential to replicate itself into more ideas in the mind of the viewers, than the filmmaker has truly achieved his goals.

Do we always make the right choices?

That’s what you will keep wondering when you see the 2010 British short film The Confession. Its protagonists are Sam and Jacob, two young schoolboys who are just about to make their first confessions. Even in the very first moments of the film, one can see that although the boys are best friends, their personalities are not exactly the same. While Jacob is an outgoing troublemaker, Sam is shy and worried that he can’t think of anything to confess.

At one point I wondered if that’s a legitimate thing for a young person about to make his first confession to worry about. But then a friend of mine explained to me that part of the preparation for a first confession that a little kid receives, helps him to examine his conscience.  So even if a child thinks “I haven’t murdered anyone, stolen anything…etc”  – what the Catholic Church calls “mortal sins” (the most grievous), he’s taught that we all have things we don’t do well (get along with our parents/school mates etc),  or omit to do things when we should be doing them (help our neighbors, etc).  These  minor sins committed against others are called venial sins. The Church teaches that even those things are good to confess as there’s a grace that comes from receiving the sacrament and that grace helps us to become better people.  But, then, if the Church’s teachings were followed in the film, it would remove the whole premise of this movie.

So back to the film…

Jacob suggests they do some harmless prank which will give Sam something to confess.  So they go ahead and develop a plan which results in a disastrous outcome … Saying anything more about the film will spoil the story and its twist at the end which is guaranteed to evoke a significant emotional response in you.

The film features intriguing cinematography (pastel-like colors, shades and unmistakable symbolism), engaging story-driven narrative and a brilliant performance by the young Lewis Howlett in the role of Sam (Once again a newcomer to the cinema delivers such an emotional performance that I could not help but to associate with his character and feel his turmoil).  There’s a suitable music score (both when the most emotional moments are accompanied by the most suitable sounds – and especially those times when silence is used to  greatly boost their dramatic impact) All of that is combined in a tension building manner by the film’s director, Tanel Toom.

The Confession reminded me of another short film,  the 2003 Czech film Most. Just watching these two films is enough to convince anyone that there is a real value in the short form of  cinema. 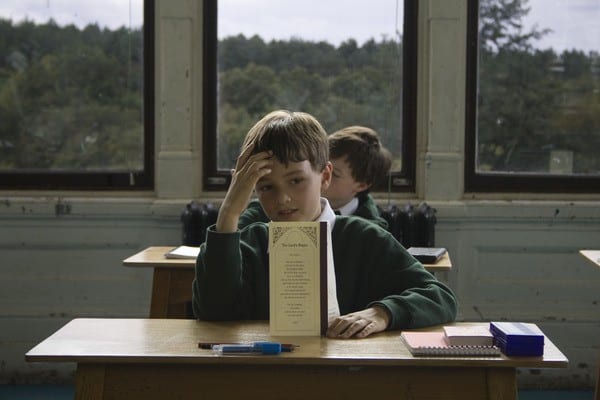 The Confession (2010)
Watch it
The plot twist at the end is guaranteed to evoke a significant emotional response in you.
4.7
OUR RATING
Previous articleThe Crush (2010)
Next articleMoiré (2014)

Facebook
Twitter
WhatsApp
Do we always make the right choices? That’s what you will keep wondering when you see the 2010 British short film "The Confession". Its two young protagonists are about to make their first confessions. The plot twist at the end is guaranteed to evoke a significant emotional response in you.GeorgiThe Confession (2010)
TheSKyKid.comYoung talent in the movies and the arts