The Interrogation of Michael Crowe

Have you ever wondered why some of my reviews seem so personal?

The answer would explain my addiction to Coming-of-Age movies, and it is as simple as saying that I have been through similar experiences to the characters in the movies I review. Or sometimes it’s not my personal experiences but an experience of someone I knew well – well enough to help me associate with the actors on screen and what they go through.

That being said, I’m going to tell you that my review of The Interrogation of Michael Crowe will be one of those personal reviews. The film is a true masterpiece based on real people and events. I have seen scenes with my own eyes that closely resemble the events shown in the film. 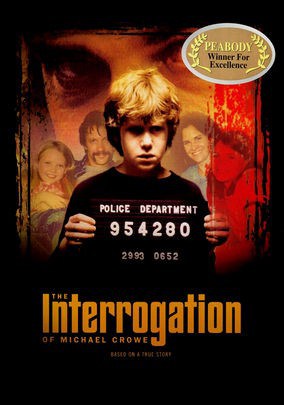 The Interrogation of Michael Crowe is the second feature film produced by Court TV. It focuses on the plight of 14-year-old Michael Crowe. One morning his younger sister is found murdered in her bed. The police officers decide to accuse Michael of his sister’s murder after seeing things in his room, such as the game Final Fantasy 7 and drawings from Dungeons and Dragons. Michael was cruelly interrogated for 11 straight hours. The police used various scare tactics to get a confession from the confused boy. They lied to him and got what they wanted …

If I were to categorize this film, I would say that it is an extremely heavy and hard to watch psychological drama. Numerous scenes of Michael’s interrogation features hard rhythm and dynamics of verbal pressure that will have an influence on its viewers.

The first thing one notices when watching this movie is the brilliant acting.   I don’t recall another movie where the entire cast is so well selected and flawless on screen. Mark Rendall, who played the role of young Michael Crow, deserves special recognition as his portrayal of the intensity of emotions Crow felt in the interrogation room is next to perfect.

I want to quote a few excerpts from an interview transcript in which the real Michael Crow and Mark Rendall answered questions about the story and the movie itself:

Question from Respectful: Mark, was it frightening to be questioned so intensely even though it was just an acting role for you?

Mark Rendall: Yes it was. The people playing the interrogators, the police officers, were very believable. And it was really scary sitting in a room all by myself with just these people in the scene. It actually felt real, though I can never really know what it would be like.

Michael Crowe: You can see it in his acting. You can see that he has some of the real emotions going on inside of him.

Question from RUSTY: Michael, does Mark do a good job being you in the movie?

Michael Crowe: Yes. I think he did a great job. Going into this it was a big question whether they’d find an actor who could really capture this. And up until the point when I actually saw him act, say some of this lines, I didn’t think they’d be able to find anyone. I didn’t think anyone would be able to be that young and be able to act well enough to capture the role.“

Marc Rendall also appears in movies such as The Impossible Elephant, Tales From the Neverending Story, Touching Wild Horses, and Child Star. For his performance in The Interrogation of Michael Crowe, he received a 2004 ACTRA nomination for Best Actor.

I suggest that you watch the clip (below) as it has actual footage from the interrogation, with the commentary of an expert. Be warned that these scenes are as harsh to watch as the movie itself. Perhaps even more so.

In another interview, to the question “How accurate does this film portray what actually happened?“, Michael answers: “Very accurately. All the stuff in the interrogation room is actually from the videotapes, from the transcripts.“(source)  You can only imagine…

A few years ago, a boy I know well had to endure similar torture. I found out later from his relatives that he was questioned without their presence. At one point, the policeman threatened to throw him out of the window if he didn’t cooperate with them and tell them what they wanted to hear. Eventually, as in the movie, they got what they wanted and, as a result, the lives of several people became as miserable as they could get. Three years later, the parents proved that the content of the document that the boy signed was invented by the police and had nothing to do with the truth. The film resembled this similar situation so closely that I felt deeply distressed while watching it. That is why I related at the beginning of this review that it was going to be the kind of personal review I sometimes write.

The case of Michael Crowe is described in a detailed case study published by D. Kim Rossmoin in a book titled Criminal Investigative Failures and in G. Daniel Lassiter book called Interrogations, Confessions, and Entrapment (I have linked to Google books public preview).

To summarize, if I were to describe the film with one word, it would be: Brilliant!!!!!

Michael Crowe: “I think anyone who comes into contact with this story is going to have some aspect of their views changed.” 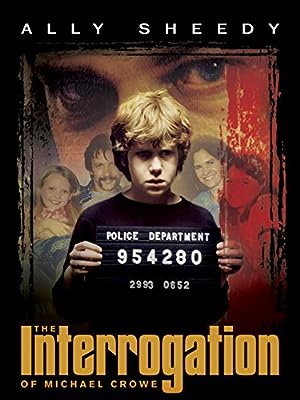 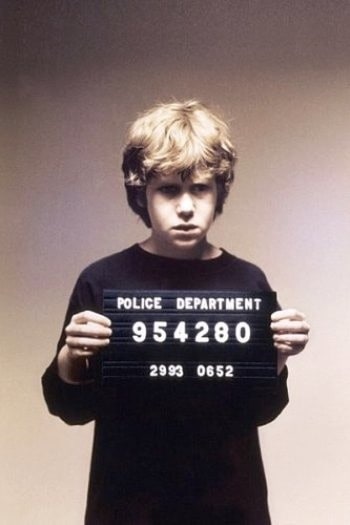 The Interrogation of Michael Crowe (2002)
A MUST SEE
One of the best Coming-of-Age movies ever made.They did not want the truth-they wanted him to confess !
5
OUR RATING
Where to get
AMAZON
Previous articleSimon Says Goodbye To His Foreskin (2015)
Next articleCowards (2008)

Facebook
Twitter
WhatsApp
The Interrogation of Michael CroweOne of the best Coming-of-Age movies ever made.They did not want the truth-they wanted him to confess !
TheSKyKid.comYoung talent in the movies and the arts