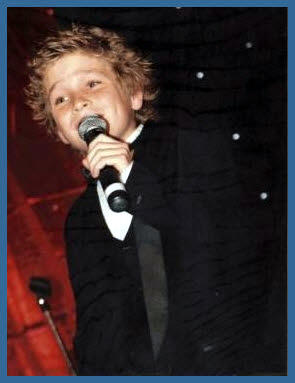 The Next Megastar: Straalen McCallum 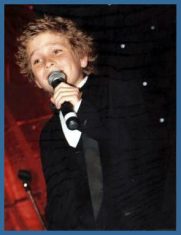 One year ago, Tony introduced Straalen McCallum at TheSkyKid.com. Recently, I have noted that a lot of people have found out about this blog thanks to this article. It seems the  interest towards Straalen has increased due to the recent TV shows on which he has appeared. Lately, there seems to be many other young singers appearing on such shows, as the search by producers and managers for “The new Justin Bieber” continues.  Justin’s phenomenal success has helped to create a new trend. Like Usher, now many artists and managers have begun to actively seek out and support young and budding artists. This is quite a precedent. Before this, singers such as Troye Sivan and Noa Johannesson managed to become world famous on their own – just by using the wonders of  social media. Now, the kids have an even bigger chance for success thanks to the mentoring of experienced professionals — singers and representatives of the music industry.

Straalen McCallum amazed me back when Tony introduced him and it seems that his hard work and devotion to music have helped him to further develop his musical skills. Today, he is considered by many (including me) to be the next megastar on the world’s music scene.  Recently he wrote on his blog : ” Justin Bieber is everywhere at the moment, and there are heaps of kids trying to become the next ‘Bieber’. While I think Justin has done incredibly well, I just want to be me. “.  And he is, indeed, quite unique – not only as a vocalist and performer, but  also as a person. I was impressed that on his blog he is really being himself  – none of the hype PR talk and cliché phrases  which many singers seems to switch to as soon as they find themselves under the spotlight. While I am well aware that the industry has standards and the artists have to go along with them – some over do it and a part of their charm gets lost forever. Troye Sivan is one of the few exceptions of this general trend, as he also has never stopped being himself despite the fame.

We at theSkyKid.com will be watching Straalen’s progress very closely and will keep you updated here at the blog.

New : An exclusive interview with Straalen McCallum for TheSkyKid.com