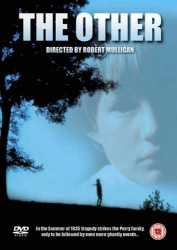 I am excited about reviewing the 1972 film by Robert Mulligan – The Other. Some people are not fond of films released more than ten years ago.  In this case, I can assure you that if you didn’t know the year it was made in advance of watching the film — with its excellent camerawork and good cinematography — you wouldn’t be able to date this flick.  The story is set in the 1930s – and you can sense the epoch via the “Tom Sawyer-like” atmosphere that prevails in the movie.

Admittedly, it takes a while for the story to suck you in.  Seeing the first few scenes, the settings, and the boys’ games,  this seems to be a conventional family film. Niles and Holland’s cute and innocent appearance (played by the real-life identical twins Chris and Martin Udvarnoky making their acting debut) may initially give the viewer the impression that they are much alike. The boys’ emotive and expressive performances make up for the first half of the film’s somewhat slow pace.

By somewhere in the middle of the movie, one realizes that Niles and Holland have contrasting personalities. Niles is a sensitive little boy who likes dreaming away (helped by his Russian grandmother, who taught him how to use his imagination to reach a state of near astral projection). On the other hand, Holland has a wilder nature, likes to show off, and is seen as a real troublemaker. Good boy/Bad boy; I thought that I had the film figured out at this point. I was wrong. The film I thought was similar was the 1993 flick starring Macaulay Culkin and Elijah Wood, The Good Son.  But it turns out that The Other has a distinct plot development that kept me in suspense and filled me with admiration for the creative way the story unfolded. 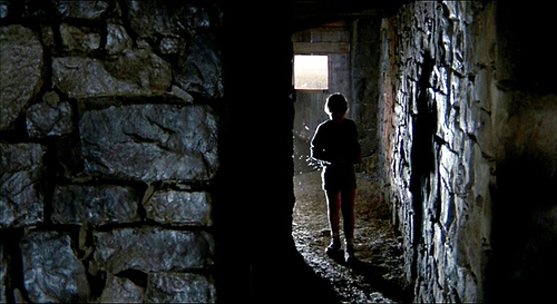 I won’t go into further details about the storyline to prevent slipping in any spoilers that could lessen your experience.  Yet, I can tell you that you are likely to feel the same unrest and delight from the narrative’s originality. Aside from the slow-paced beginning, the film is near perfect in every aspect – even the ending comes as a surprise (it surprised me as I was fooled into expecting a more conventional and predictable finale). Fans of the Coming-of-Age genre won’t be disappointed – as the story fits right into the genre. 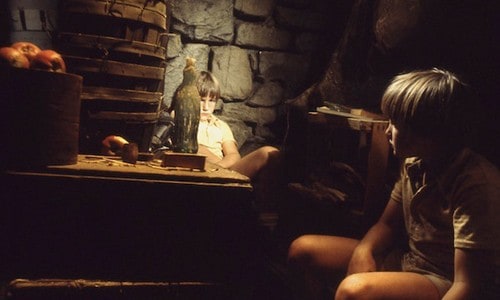 Visually the film is delightful. Rich, vivid colours, expert lighting (you won’t miss the interplay between shadows and light), stunning close-ups on the young actors’ expressive faces, and even some spectacular aerial photography. The melodic and memorable soundtrack is another of the film’s highlights.

As to the acting of the Udvarnoky twins, with such an impressive debut, it’s a pity that they didn’t pursue a career in cinema after completing this film.

The Other is a compelling, shocking and entertaining film that won’t leave anyone indifferent.Highly recommended!

The Other (1972)
Summary
The Other is a compelling, shocking and entertaining film that won't leave anyone indifferent. Highly recommended!
Character/Acting
Score/Soundtrack
Cinematography
Storyline/Screenplay
Production
Direction
Reader Rating1 Vote
4.7
Our rating
Facebook
Twitter
WhatsApp

The Other is a compelling, shocking and entertaining film that won't leave anyone indifferent. Highly recommended!The Other (1972)
TheSKyKid.comYoung talent in the movies and the arts