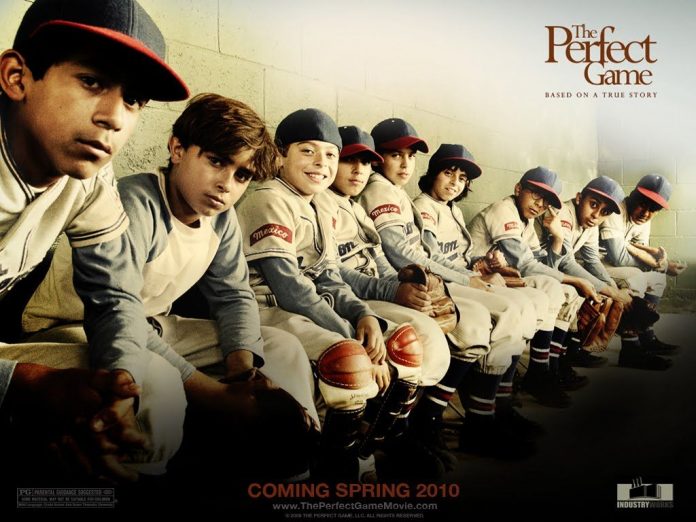 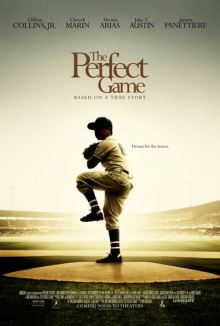 The Perfect Game follows the story of a group of boys from the small industrial town of Monterrey, Mexico. They dream big of travelling to America and playing in the Little League World Series (baseball) one day. When a former employee of the St. Louis Cardinals moves back home to Monterrey, the boys attempt to enlist him as their coach for Monterrey’s first Little League team.

As a story, this has got to be one of the best underdog sports stories of all time. It is based on a true story from 1957, an exciting time in American history and especially for baseball in Mexico, where it was at an all-time low. If you don’t know who Angel Massias is, I can guarantee that you will be researching him after watching this film, because it’s just an incredible story.

The film has its flaws, though. Structurally, it lacks some core areas and struggles to find its emotional ground in drawing us into the stakes for these boys in the first and second acts. There are character problems as well, with our protagonist and love interest. There are too many instances of convenience and minimal repercussions for actions.

The “Little Giants” of Monterrey (The Perfect Game)

Beneath these flaws, though, lies the underlying heart of this film. It has a big heart, and it is hard not to become emotionally involved by the film’s conclusion. It is such a fantastic story, and with the fact that this did happen, you feel something for these characters and their situation.

The performances in this film are outstanding as well. You may know Jake T. Austin from the Disney Channel hit Wizards of Waverly Place, but this is a completely removed role from his previous known work.  He steps it up here and delivers an outstanding performance.

This film is not perfect.  It does have a lot of issues, and that’s a shame because it could have been an absolute masterpiece. I think the main issue lies with the screenplay. I wish someone like Zaillian or Sorkin had written it. But again, it’s a film worth watching for the incredibly moving and beautiful true story.

Check out Jim Morrison’s article The Little League World Series’ Only Perfect Game for an overview of the historical event.

Previous articleZizotek (2019)
Next articleThe Pee-Wee 3D: The Winter That Changed My Life (2012)