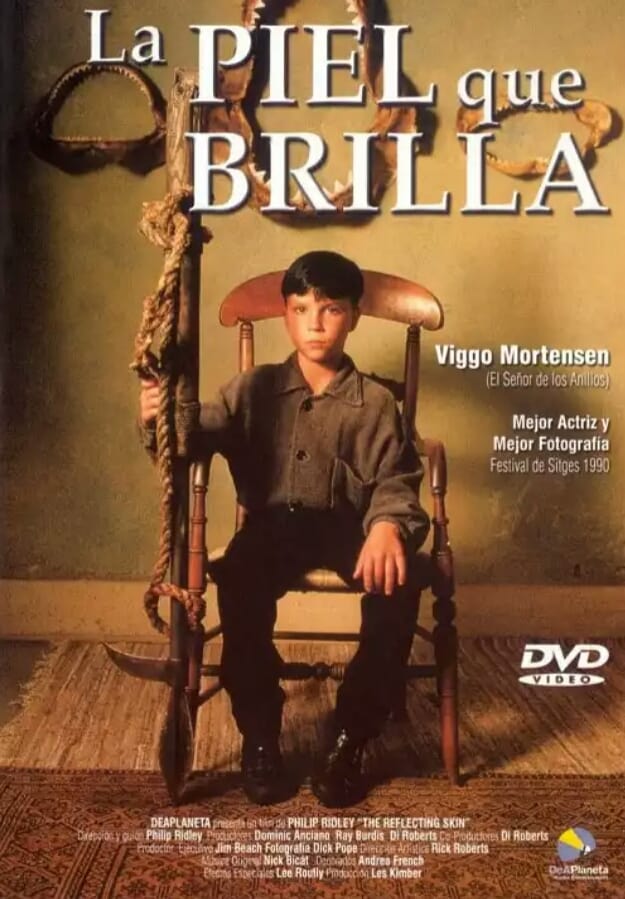 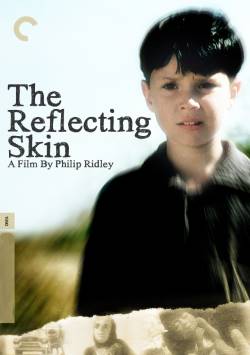 The movie did not impress me with its story. The nature scenes and the actions of the young Jeremy Cooper were what did impress me. Actually, from what I saw, I was almost convinced that all characters in the movie except the three boys the movie starts with are crazy or something. As one other reviewer wrote, “In The Reflecting Skin, nobody behaves as a normal person would, and the viewer is left as a patron at a freak show.”

For example, the sheriff felt the desire to kick his …..you know what for the way he spoke to people, including Seth ( the leading character).

It was an entertaining movie nevertheless – especially the first scene with the exploding frog. There are some disturbing scenes – like a father who commits suicide in front of his nine-year-old son – or an English lady acting as weird as it can, dreaming of her dead husband.

As I mentioned, the brilliant cinematography was probably the best asset of this movie. I watched it at home, but I am sure that the sunset scenes or the natural ones would look absolutely amazing on a cinema screen.

Reflecting Skin is not the best movie I have seen, but I guess some scenes will be stuck in my mind for a while. After all, being characterized as a Coming out of age movie ( while being a twisted horror drama at the same time ) – it does a great job in the genre if you look at it from that perspective as it visually captures the essence of childhood and growing up.