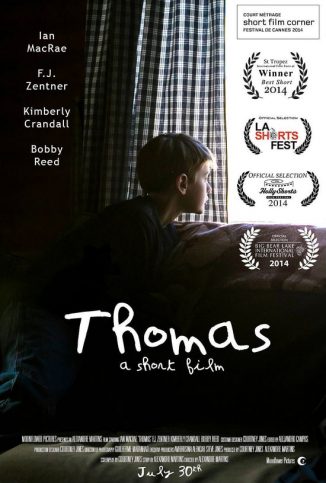 A captivating Coming-of-Age short film, Thomas is an example of a short that manages to be more impactful than a variety of full feature movies one may stumble upon at one time or another. Its main protagonist, twelve year old Thomas (Ian MacRae), is having a hard time meeting the expectations of his authoritarian father, who is on a quest to “man up” the boy. Taking his son on hunting trips and teaching him about weapons is one of the methods he uses.

Seeing a gun in the hands of a boy, one could not help but recall the famous saying by Anton Chekhov: “If in the first act you have hung a pistol on the wall, then in the following one it should be fired. Otherwise, don’t put it there.” With that in mind, it does not surprise when the usage of the gun results in an unexpected circumstance forcing the young protagonist to shed his innocence in a shocking and turmoiled manner.

The film’s best feature is the cohesive manner in which the story is told, although it does not offer surprising plot twists. Special attention was paid to the film’s soundtrack and sound effects. The result is an enhanced mood — set either by a music track (alongside fitting lyrics) or the crackling of firewood in a scene devoted to other sounds.

Ian MacRae’s expressive reactions and facial impressions further boost the story’s credibility and its impact on the film’s audience.

An excellent moody Coming-of-Age thriller, Thomas gets my highest recommendation. 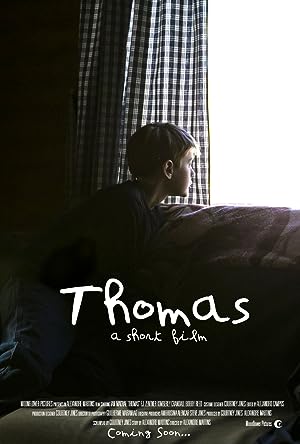 Facebook
Twitter
WhatsApp
Thomas is an excellent moody Coming-of-Age thriller, getting the highest recommendation.Thomas (2013)
TheSKyKid.comYoung talent in the movies and the arts