Warden of the Dead 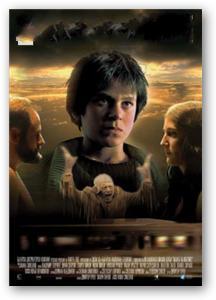 Warden of the Dead is one of the excellent coming of age drama that recently draw my attention.

A 13 years old unusually serious boy lives at the capital`s cemetery. He is known as the Kid and after the death of his parents undertook their responsibilities – managing the daily routine at the cemetery – organize crews of gravediggers, taking care of the florists, servicewomen…etc.He doesn`t go to school and learns about the real world from the world of the people who are not any more amongst us. In one scene when a woman asked him why he does not goes to school he states that one shall make a living and adds :

” l learn from the dead people. In the cemetery everything is written – like in a textbook” 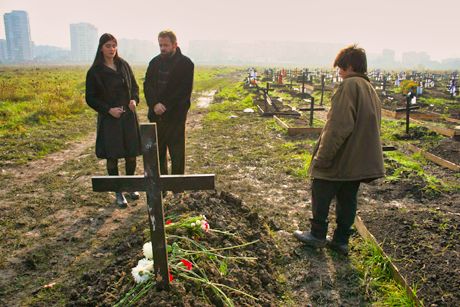 The kid had only a few friends: the cemetery`s make up artist ( who dreams to draw the nude body as Rubens) and an old man whose dream is to die – because the only meaning of his life – to see his biggest enemy dead is already fulfilled. The interaction of the boy with these two characters is wisely used for his character development. The end result is a loving personality that reminds us of Oskar Matzerath in classic The Tin drum and Time of Gypsies`s Perhan.

Warden of the Dead is an unusual and very original film. The story has several unexpected twists which ensure that even when you have seen half of the movie – you will still wonder what is going to happen …I guess one could find similarities to the masterpiece Sixth Sense, only the scenes in the Warden of the Dead seem to be more believable.