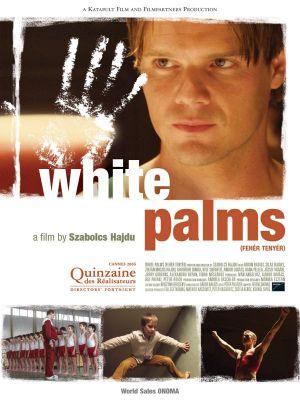 White Palms is about comparison. Comparison between the traditions for training gymnasts that exist in Hungary and Canada. The story line follows the life of Miklos Dongo – from age 10 while training in the local gym to his later days in Canada as a trainer of a young Canadian. This is not the clichéd sport movie you are used to be seeing . White Palms shows a very realistic representation of the harsh conditions and brutal methods of training used in the east block.
I could say that I have a first hand experience with them – despite the fact that I can not recall such brutal hits or beatings. While those methods have one goal – reaching an automate discipline and have contributed to some of the world greatest artist achievements – in the modern world even watching them at the cinema screen is stressful.
After all for most of us the forms of corporal punishments used to “motivate” the young Hungarian athletes are unjust and barbaric.The scenes I am referring to portray the Dongo’s childhood on the mat, in which he is played to by the young athlete Orion Radies.
When in his thirties the grown up Dongo gets a job in Canada as a coach training 2001 Calgary Olympic hopefuls. However during a practice he slaps a kid and that almost costs his carrier and freedom. He has to adjust to the new environment and which is not always an easy task. The movie is well acted and its plot provides food for thoughts. I noticed a strong coming of age overtone as the young Miklos Dongo had to learn to respect himself and go on with the lessons he has learned. 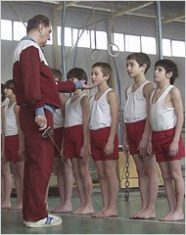 “This is not a movie about sports, it is about life and we learn that in order for one to face his faults is to go on to the next challenge and try once more. / Amos Lassen {l} “