“You Are Not Alone” is a true coming of age-movie, a classic, and a must see”

A poignant and wonderful movie. 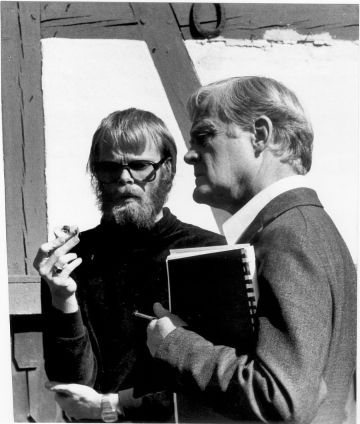 Much has been said and written about the acclaimed Danish   film “Du er ikke alene” (You Are Not Alone). For fans of the coming of age genre, ” You Are Not Alone ” is what ” Star Wars ” is for the sci-fi fans. Lasse Nielsen, who directed the film back in 1978, agreed to give an exclusive interview for theskykid.com and its readers.

theskykid.com: “You Are Not Alone” became a classic of the coming of age genre. Did you envision the popularity of the film when its shooting was done?

Lasse Nielsen: No, I never dreamed that “You Are Not Alone” would become a classic or a cult film of any kind.  Maybe because I make films with my heart and not my head.  For me, making movies are a necessary expression and not a calculated profession.

theskykid.com: How difficult it was to cast and find two young actors who worked together so well and were willing to do the part?

Lasse Nielsen: We cast Bo very quickly, but Kim was more difficult.  We did screen tests for over 100 boys – but either the look wasn’t right or their acting was poor.  Just a few weeks before filming began, my co-writer – the psychologist Bent Petersen – recommended the 12-year-old son of a fellow psychologist.  When this boy Peter walked into the studio, I knew at once that this was the boy we were looking for.  Actually, when we first saw him his hair was so long that we had to order a haircut so we could see his face!

theskykid.com: What was the public reaction to the film when it came out?

Lasse Nielsen: The reaction was somewhat mixed, but on the whole it was positive. The Danish film censors classified the film as “forbidden for children under 12,” believing that younger children would not understand the homosexual theme.  But some years later, this restriction was officially removed 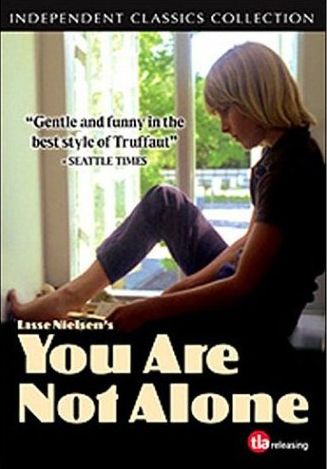 theskykid.com : How was your film received in other countries?  Was the film ever banned or not respected in some parts of the world?

Lasse Nielsen : To the best of my knowledge the movie was never banned.  It was shown in major film festivals in Italy, Germany, and Holland, but never widely released outside Scandinavia.  In the U.S.A. it was released on video (one of Award Films’ best-sellers) and it continues to sell well on DVD.

theskykid.com : The sexual themes in “You Are Not Alone” is very innocent and daring.  Do you think we have progressed over the years to a more honest approach to the subject in cinema?

Lasse Nielsen:  I wanted to make a film about boys in a boarding school, and their honest feelings.  I attended a boarding school myself, so it wasn’t difficult to write the story.  At the time, I actually wasn’t aware that “You Are Not Alone” was the first Danish film to show a love story between two boys.   In these 31 years since making the film, I’ve had many letters – especially from young boys and girls – telling me how much the movie meant to them – how much better they felt about themselves after seeing the film.  Since that time, there have been a number of Danish films dealing with homosexuality, but generally the gay relationship is somehow troubled and unhappy.  Often one of the partners dies.  In any case, there are few “happy endings!”

theskykid.com: Was the long kissing scene in “You Are Not Alone” always planned to be the end of the film? or was it a last-minute change?

Lasse Nielsen: No.  We actually shot more scenes after the parent’s night film screening, where Kim runs out of the room after being scolded by his father.  Bo and Kim meet down in their secret spot in the woods. Unfortunately, however, that scene turned out too dark and we didn’t have enough money left in our budget to re-shoot.  So the new ending was created in the editing room. But of course, it was always meant to be a happy ending!

theskykid.com : Do you think that the  attitudes towards young teen gays have changed since the film was made?

Lasse Nielsen : Yes, I think so.  In many ways, there is more tolerance.  On YouTube, for example, you can see many young boys “coming out” as gay. And – at least in Denmark – parents are becoming more accepting.  I’m not sure there has been much progress in U.S.A. however, where many young gay teenagers are still driven to suicide because of general and specific social harassment. 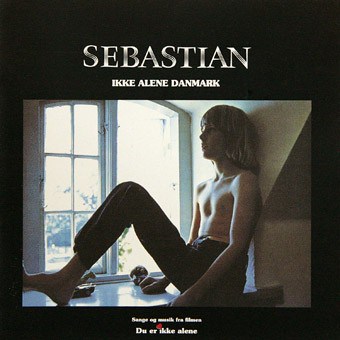 theskykid.com: You are not alone has a beautiful theme song.  Who chose it? Did someone talk to Sebastian and then he wrote the song according to the film content or did he came with songs to chose?

Lasse Nielsen: I had worked with the Danish composer/singer Sebastian on my previous feature, “Maybe We can.” When I sent him the script for “You Are Not Alone” he was very impressed, and he began to write songs for the film even before we started shooting. I remember the night he called me on the phone and played the theme song for me. I sat there crying because the song was so perfect for the mood of the movie I had in mind. Sebastian has since become one of Denmark’s leading popular composers. He also wrote songs for several musicals that are performed frequently throughout Scandinavia.  He is also famous for writing new music for the lyrics of the German playwright Bertolt Brecht.

theskykid.com : Do you think the film could be made today, is so why?

Lasse Nielsen : No, I don’t believe the film could be made today.  We have an unfortunate situation of self-censorship these days.

Lasse Nielsen: The films of Francois Truffaut are outstanding, and have been very inspiring for me. In my latest film, “The Story of Net,” I used Vivaldi’s music – much like Truffaut did in “The Wild Child.” Other coming-of-age movies I like are “The 400 Blows,” “The Man Without a Face,” “Streetwise,” “Young Aphrodites,” and “Nobody Knows.” 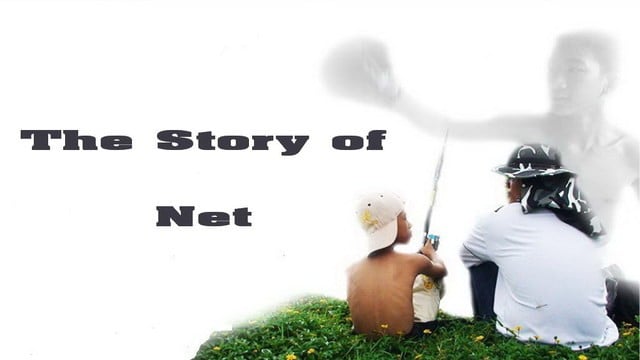 theskykid.com : Is there anyone you want to add ?

Lasse Nielsen: My new film, “The Story of Net,” has taken three years to complete, and has probably been the most difficult film for me to make.  That’s because I was solely responsible for the writing, directing, casting, editing – and even the catering! It was a wonderful experience, however, working with a group of enthusiastic amateurs in Thailand.  A number of Thai people who have seen the movie have told me that the acting is on par with what any professional Thai actors could do!

“The Story of Net” is focused on the experiences of one 12-year-old Thai boy.  But I believe that children anywhere in the world will be able to identify with this boy.  I strongly believe that the feelings of children are universal.

Special thanks to everyone who contributed to this interview by sending me questions and/or discussing it with me.

Special thanks to Lasse for his informative and interesting answers. Hope that you like the interview, pals – let me know in the comments section below.