Once you`ve thought something, what need is there to say it aloud? 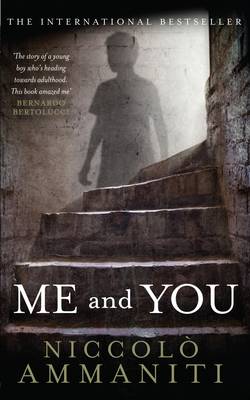 Back in 2008, I saw an Italian Coming-of-Age film based on a novel by Niccolò Ammaniti. Its title: I’m Not Scared. My enjoyment of the film made me wish to read the novel it was based upon, but, unfortunately, this never happened. That’s probably the reason I chose Me and You – another novel by the same author, this one published in 2010. The cover art and the summary promised another Coming-of-Age story, and this time I was not going to miss the opportunity to read it.

The novel tells the story of Lorenzo, an introverted 14-year-old boy from Rome who has trouble fitting in. He is intelligent, with a vivid imagination, yet introverted and even eccentric at times. Lorenzo does not want to blend in with “the others” but has learned to act as if he does. This way, he can avoid unnecessary attention.

The fact that Lorenzo has no friends worries his parents. Concerned about his mental health, they even arrange for him to visit a psychologist, but the teen has a plan of how to end that arrangement quickly:

“I would pretend to be a normal kid with problems. It wouldn’t take much to trick him. I knew exactly how the others reasoned, what they liked, and what they wished for.”

Despite his introverted self – Lorenzo manages to navigate just fine through his childhood years, until the day that his parents decide that he had enough of the exclusive private school for a spoiled kid and decide to enrol him in a public high school, hoping that this will help him socialize and adapt. They could not have been more wrong:

“When I walked up to the entrance of the high school on my first day I almost fainted. It was hell on earth. There were hundreds of kids. It felt like I was standing outside the gates of a rock concert. Some of them were way bigger than me. They even had beards. The girls had tits. “

So Lorenzo begins “acting out” to get out of school, if that’s even possible. Then he decides on a new tactic: fitting in by imitating his classmates (like a fly that avoids their attacks by camouflaging itself as a wasp). This works for a while, but Lorenzo’s parents are still anxious about their son’s future. Recognizing that, Lorenzo makes up a story and tells them that he has been invited on a week-long ski vacation by one of the popular girls in his class.  Instead, he plans to spend the whole week hidden away in a forgotten cellar in his family’s apartment building. His plan works for a while:

“I loved it here. If they brought me food and water, I could spend the rest of my life here. And I realized that if I ever ended up in solitary confinement in prison I would be as happy as a pig in shit.”

Then his estranged half-sister, Olivia, unexpectedly shows up in his den (the cellar) – and his self-created sanctuary starts falling apart. 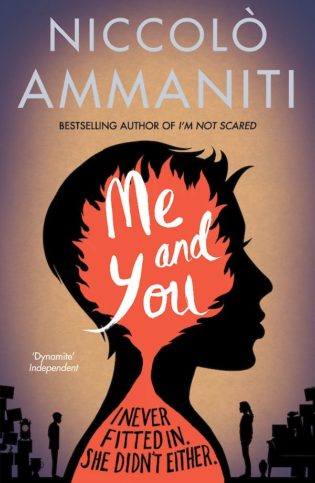 While the first-person narrative does not feature exciting twists and turns (except at the novel’s very end), it offers perceptive insights into the young character personality, which facilitates one’s identification with him. That’s especially true for introverted readers (like myself). As a Coming-of-Age novel, it reaches the viewer on a personal, almost intimate, level while addressing subjects such as childhood and lost innocence, among others.

Me and You is short in length yet is an engaging novel managing to portray the angst of being different and, as each of us is different in our own ways, it’s guaranteed that one will find a trait in Lorenzo with which to associate. It’s a simple, truthful story about human nature, and that’s where its charm lies. Recommended!

The book and its Audio Version are available at Amazon.com.