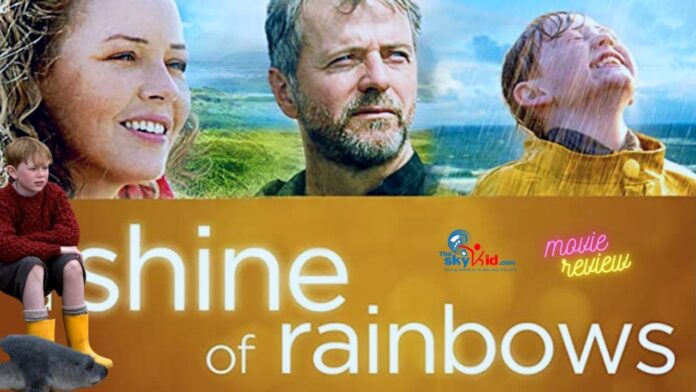 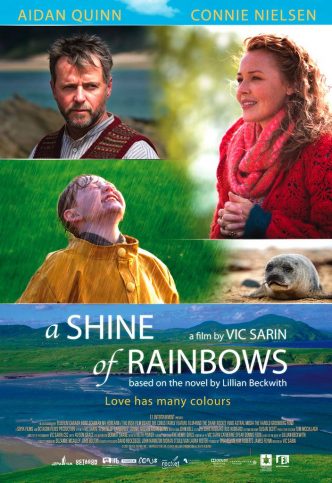 The Greatest Journeys Are The Ones That Bring You Home

Tomás (John Bell) is a small, eight-year-old boy living in an orphanage in Ireland. He is a sensible and shy lad with a melancholic expression.  The daily life in the orphanage is not easy for him; his nervousness and stuttering make him an easy victim for the bigger boys who don’t miss a chance to pick on him. He is the main protagonist in the Canadian/Irish co-production A Shine of Rainbows. The film is based on the novel by Lillian Beckwith, a coming-of-age tale about hope, love, and acceptance.

One day, Tomás’ life changes forever. A young woman, Maire O’Donnell (Connie Nielsen), decides to adopt him.  She takes Tomás to Corrie Island, just off Ireland’s coast. There she introduces the boy to her husband Alec (Aidan Quinn).  He is a tough, hardworking man and seemingly does not approve his wife’s choice (he had hoped for a hardy boy who has what’s needed for life in a remote house on the island)  and doesn’t show any sympathy for the young Tomás.  Maire, however, doesn’t give up – asking her husband to give the boy a chance and welcome him to his home. With her support and encouragement, Tomás starts to enjoy his new life – he learns his chores, makes new friends, and enjoys the island and its nature. Things seem to settle down – but then a tragedy strikes…

A Shine of Rainbows is a feel-good movie. It does not have a swift development, nor does it offer any real surprises.  I liked the story, yet I know it won’t appeal to all viewers. The film is slow-paced and, except few touching and emotional scenes – the viewer observes the daily life of Tomás and his new family. Fans of the coming-of-age genre may enjoy the film as it quite realistically portrays the childhood of Tomás.  The story is well told, relating a story about the power of the human spirit and the importance of acceptance, trust, and understanding.  The cast does a good job – especially Connie Nielsen in the role of Maire O’Donnell. The young John Bell, for whom the role in Shine of Rainbows is a debut in the cinema, does a good job, though his character doesn’t come across as a memorable one.

If you are looking for a good family film for some Sunday afternoon – A Shine of Rainbows is a good pick. Similar to Dear Frankie (also reviewed at theskykid.com), the film focuses on human nature and spatiality, and its value lies in the moral lessons and the messages it transmits to its viewers. 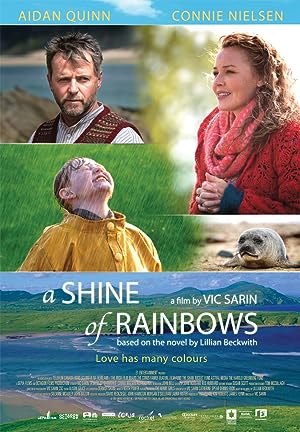 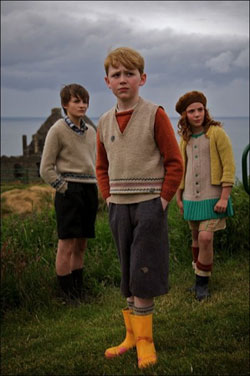 A Shine of Rainbows (2009)
In short
If you are looking for a good family film for some Sunday afternoon - A Shine of Rainbows is a good pick.The film's focus is on human nature and spatiality, and its value lays in the moral lessons and the messages it transmits to its viewers.
3.3
OUR RATING
Where to watch
Amazon
Previous article
My Sweet Orange Tree (2012)
Next article
Age of Summerhood (2013)