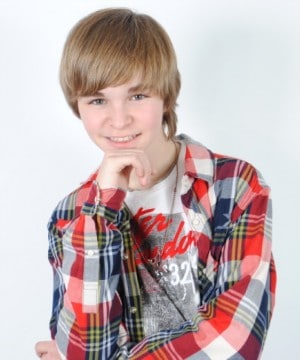 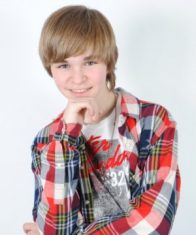 Alan Wheeler is a 12-year-old singing sensation from Monterrey, Mexico who has been singing ever since he was old enough to loose his vocal chords upon the world.  He has already enjoyed a career in both show business and on stage, with over 30 appearances and performances under his belt.  His appearance on a very popular sitcom, televised throughout Mexico, helped to kick off his singing career, which has now blossomed to superstar status.

It was only last week that I introduced Alan on my site and, at last count,  has already accumulated over 115 comments on that article alone!  This says much about Alan and of course his fans who lovingly follow and support him and his very upbeat, popular music.

This past Thursday I was privileged to connect with Alan and his family on Skype and conducted a personal interview with this very popular young man!  I found Alan to have  not only a  charismatic and magnetic personality but also to be very down-to-earth, polite and personable.  Some boys his age who have experienced this much fame and notoriety, would perhaps allow it to go to their heads.  I found Alan to be just the opposite.  He was not only humble and soft-spoken but, at the same time, showed quiet confidence and great intelligence throughout our conversation.

What impressed me the most about Alan, though, is his ability to speak and sing in both English and Spanish. This provides a great opportunity for Alan to cross over the language barrier, enabling him to reach more than just one culture.  With his up-to-date sound, and contagious beat, and with relevant lyrics that appeal to both the young and the old, Alan Wheeler will soon become a household name, not only in Mexico but in the US as well.

Rivenmaster: What was the earliest memory you personally have of singing?

Alan: When I was at my mother’s academy singing the song Hoy es nuestra Navidad (We Need a Little Christmas – from the Play MAME) for the end of the school festival.  I was four-years-old.

Rivenmaster: You started doing commercials and ads at a very young age.  What commercial or ad do you remember being the most fun?

Alan: The ad for Plaza Mayoreo shoe stores, with the Ruppis.  We sang the jingle and appeared in the ad.  It was pretty cool, because they gave us the shoes that they were promoting….

Rivenmaster: You received a lot of fame and recognition from appearing on the TV show Ruppis.  What was it like working on that sitcom?

Alan: It was really a lot of fun.  I made a lot of good friends and we had a really good time.

Rivenmaster: What particular episode do you remember best and look back to with good memories?

Alan: The first episode because it was about us holding a benefit concert to save a baby elephant at the local zoo.  But we, the Ruppis, get really nervous when on stage.  But then we snap out of it and have fun singing our song…

Rivenmaster: Each Friday evening you conduct a weekly upstream broadcast for your fans.  Can you tell us more about that and how we can tune into that broadcast?

Alan: Sure. Every Friday we have a live chat on http://www.ustream.tv/, at 8PM Central Time.  I talk to my fans, we tell them about the news for the week, I sing some of my songs and answer questions.  My sister is usually there with me and we tell all about the schedule for my presentations around the area – mostly Monterrey.  We tell jokes and do a lot of random stuff – like bring out stuffed animals. My fans especially like one of Perry The Platypus® from the cartoon Phineas and Ferb®.  We also have  three Chihuahuas that make appearances from time to time.. and mostly we just try to have fun and laugh!

Rivenmaster: You have worked very hard on your new CD and it’s finally available for all your fans.   Tell us more about your CD beginning with where we can purchase it?

Alan: You can buy my CD from Amazon.com, iTunes, and MySpace. It will be going up on other internet digital music sites such as eMusic, MediaNet, 7Digital, 24 7 e, mFlow, and We7, as well as record stores in Monterrey, Mexico. 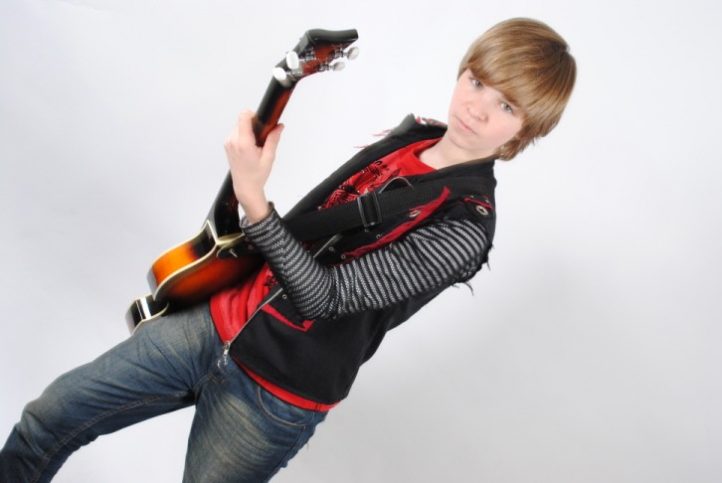 Rivenmaster: Which songs are your own originals and what message are you hoping to bring to your audience through your music?

Alan: Most of the songs on the CD are originals, written by very talented writers that live in Monterrey.  My message is for people to have lots of fun and happiness, to work to achieve the goals that we all set and to sing about the feelings that young people today have.  Also, to sing about other issues that we all experience, such as having loved ones in dangerous situations.  I have several cousins who served in the military in Iraq and Afghanistan.

Rivenmaster: Do you have a personal favorite track and why?

Alan: My favorite track is Prestame Atencion, which talks about how if you follow your dreams that many of them can come true.

Rivenmaster: At just 12, you already have over 30 performances and concerts under your belt. What is it like doing some of these larger stage performances with all the girls screaming down in front?

Alan: It’s very cool!  It’s exciting when all the girls are screaming and enjoying my music and performance.  I really like doing it!

Rivenmaster: Do you ever get nervous or anxious before a performance?

Alan: Well, sometimes I get a little bit nervous, but then I say to myself that it’s going to be all right and it turns out really good!

Rivenmaster: Staying as busy as you are, how do you manage to juggle all your school work, friends, and musical events?

Alan: I try to give everything its time.  For example, when I need to study – I study until I get it right.  Then I may practice my songs and keep practicing until they turn out better than before.  I try to make time for the things I need to do and the things I like to do.

Rivenmaster: What musical artist do you think has influenced your music the most and why?

Alan: Paul McCartney – because I have listened to his music since I was a little kid.  I really like his songs – the Beatles’ songs.  And he inspires me because he is really good at it.

Rivenmaster: What inspired you to start playing the guitar?

Alan: I really liked it when people played the guitar and sang their songs.  So I tried to play and finally got some of the songs right – and I really like it.

Rivenmaster: Do you play any other instruments?

Alan: Yes. I play the bass, a little bit of drums, a little flute and a very little keyboard.

Rivenmaster: You were born in Mexico and have become very fluent in both English and Spanish.  Did you study English in school or have you had speech lesson to help your diction be so incredibly clear without any major accents?

Alan: Basically my Dad has always spoken to my sister and me in English. He is always correcting us on grammar and pronunciation.  We may start to answer him in Spanish and he makes a funny face and acts like doesn’t understand us… we KNOW he does – but he makes us answer in English.   So we have grown up speaking both English and Spanish as our native tongues.

Rivenmaster: Your last CD included tracks in both the English and Spanish language. Would you consider possibly doing an entire CD in English to be distributed in the US?

Alan: Yes, of course.  I think that is what we will try to do for my second CD.  The first CD was the opposite, and I’m excited to be working on putting together the second CD…. In English this time! 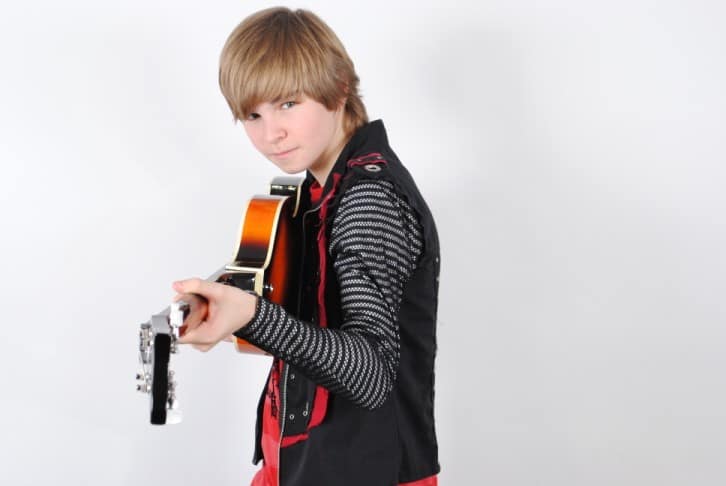 Rivenmaster: You’re currently working on your second CD.  Can you tell us anything about this new work or when you think we might get a sample of your new songs or maybe a new single release?

Alan: We’re starting to pick out the songs for the second CD, but you will be the first to know when the first track is available!

Rivenmaster: You really enjoy skateboarding.  What else do you like to do in your leisure time?

Alan: I like to play video games, be on the computer, watch movies, go out to the park, watch TV, etc.

Rivenmaster: Do you have any hero’s that you look up to?

Alan: My mother and father, because they are really good people and they work hard for my sister and I.

Rivenmaster: If you could perform anywhere in the world where would you like to perform?

Alan: I think it would be very cool to perform in the Hollywood bowl!  It is a really cool place and one of the most important concert locations in the world…

“I can’t tell you how much I enjoyed doing this interview with Alan.  Some entertainers can capture your attention with their flair for stage performances.  They can wow you with their music and even make you stand to your feet and cheer.  Alan made me cheer not only because he is super talented and shows a prowess for performing both on stage and in his own living room , but Alan is a person who is passionate about what he is doing and his desire to make others happy rings true whether hes on stage or just having a quiet conversation.  Alan Wheeler is a true star and I’m proud to have met him and his wonderful family!”