The plot of Val Guest‘s 1956 film The Weapon (a young boy finds a gun, shoots a friend by accident and, scared, runs away while the police and the US army seek him out), is not very original – yet one can appreciate the classic thriller story development in which the action builds to a dramatic and intense finale. Naturally I decided to watch the film, after recognizing its young lead,  hoping that The Weapon’s story-line would feature Coming-of-Age nuances. But, alas, those expectations were not fully met.

The screen time of the young protagonist is extremely limited, although Jon Whiteley manages to portray well the vulnerability, terror and confusion that his role requires. In that respect, it’s beneficial for fans of Coming-of-Age cinema to see Whiteley in Philip Leacock‘s The Spanish Gardener, for his acting really had a chance to brightly shine in that film (after all, by age 11, Jon Whiteley had twice won Oscars).

Otherwise, the cinematography is good for the year in which the film is released (1956). There are stark contrasts between light and dark settings, emphasizing the inner world of its protagonists. Additionally, the fact that the film was shot almost entirely on the streets of London give the action a bit more authenticity. But, in the end, despite an enticing film poster, and even with the acting of Jon Whiteley, I don’t recommend The Weapon to the Coming-of-Age affectionate. 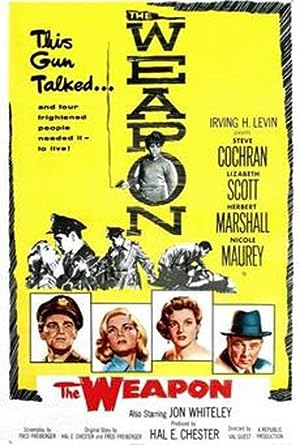 The Weapon (1956)
77 min|Crime, Mystery, Thriller|17 May 1957
6.2Rating: 6.2 / 10 from 293 users
A boy accidentally shoots a friend with a gun he found in the rubble of a destroyed building. The gun turns out to be a clue in a ten-year-old murder case.
Director: Val Guest, Hal E. Chester
Creator: Fred Freiberger, Hal E. Chester
Actors: Steve Cochran, Lizabeth Scott, George Cole 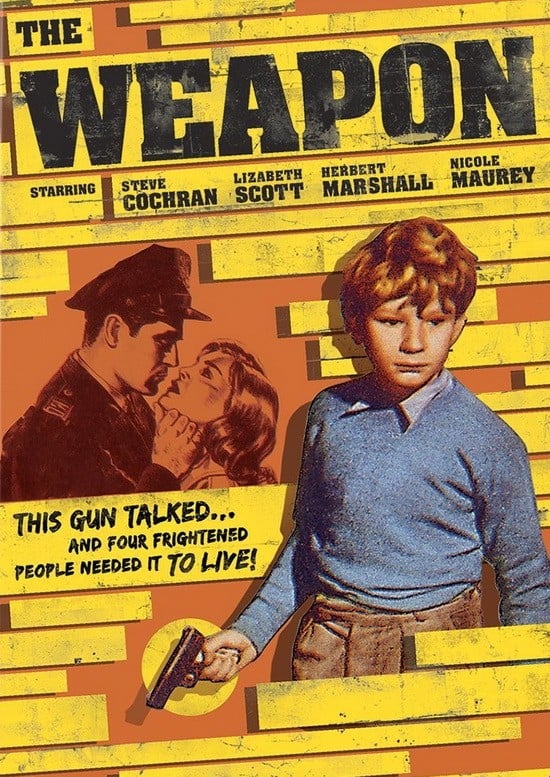 The Weapon (1956)
Summary
A young boy finds a gun, shoots a friend by accident and, scared, runs away while the police and the US army seek him out.
2.4
OUR RATING
Previous articleThe Babysitter (2017)
Next articleNorthern Borders (2013)