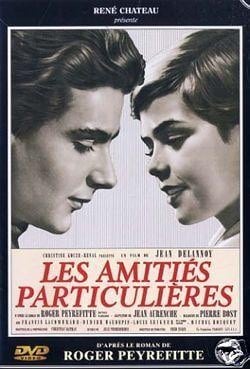 I have wanted to view this film for quite some time but never got around seeing it or struggled to find a copy. Well, I’ve finally seen it.

It could be argued that character arcs are somewhat absent in this film, but I think it has the classic structure of a tragedy. The storyline follows an unlikely friendship between a 16-year-old and a 12-year-old who attended a strict Catholic boarding school in the 1920s.

The special friendship featured in this heartbreaking and impactful film took place at a time and place when certain thoughts or doings were deemed very wrong. It was an environment in which purity was number one on the list. It is a beautiful and, at the same time, gut-wrenching relationship. At times, one may question the protagonists’ motives. Above all, it is a strong tale of friendship and the outside forces that can disrupt friendship.

Francis Lacombrade and Didier Haudepin are both fantastic in their roles, most notably Didier as Alexandre. What a fantastic young actor in a role that had many challenging moments and progressions that needed to be consistent with the film’s overall tone. I think both were very good at this.

Christian Matras beautifully shoot it. His choice of shooting it in black and white adds so much to the feeling of the time and place, and the simple yet elegant shots contribute to the story well.

This is one of those films that will stay in your mind long after it has concluded. It is an impactful film that some might find controversial or even wrong. But if you look deep into what this film is about and what it says, its themes are very prevalent even 50 years later in today’s society.

A ninety-nine year old man, who was once a slave, returns to his former plantation to be buried there.
Read more

Boys is a short film that juxtaposes innocence and guilt, demonstrating that even the simplest of acts may result in devastating consequences.
Read more