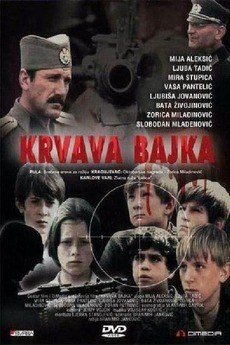 The poster artwork of the 1969 Yugoslavian film A Bloody Tale (Original title: Krvava bajka) doesn’t leave much room for interpretation, nor does its title. It’s a film dedicated to the memory of people subjugated to massacre and, as such, it is extremely hard to watch –especially because the story is told from the view point of children.

The narrative is set during 1941, when German forces have occupied Serbia. In cities, men are sent into forced labor, while kids are being dismissed from school, roaming the streets in search for food for themselves or their families — starving with the men folk absent. Despite the mayhem and general confusion, the citizentry of the city of Kragujevac struggle to keep up their existence with as much normality as possible. Weddings and other celebrations are still happening and kids still manage to play and explore.

A group of local boys, led by Piljak (Slobodan Mladenovic), shine the shoes of local residents as a way to make money during the occupation. Yet when the German soldiers decide to take advantage of their services, some of the boys decide to take a stance against the occupation of their city and refuse to service the soldiers. But, for others, their empty bellies play the decisive role.

There are partisan (guerilla) groups fighting the Germans and the actions of one convinces the German officer in charge that an example needs to be made — an example to be made of the men and boys of Kragujevac.

“Does that mean we kill them just because they are Serbs?

Or because they aren’t Germans?”

Despite the year in which the film is made, it doesn’t appear dated and is on par with some of the most recent films with narratives set during World War II such as The Boy in the Striped Pajamas (2008). Naturally, the sets and the props will not be as familiar to the Western viewer as Western produced films, but that only adds to the film’s appeal and the overall cinematic experience. The child cast appears to be comprised largely of first-time actors, but I was not able to detect any forced acting. In fact, there is ample evidence of either capable direction and/or raw natural talent.

Most of the violence is implied and off screen, but this only heightens one’s anxiety, affecting the mind of the viewer on a subconscious level. I was impressed by the film’s camerawork – as the cinematographer offers a variety of viewing angles: from high vantage points to low ones offering a view of the events through children’s eyes. Tracking shots are frequently utilized while close-up shots, especially one of the film’s final scene, won’t leave anyone indifferent. The film builds up to its finale so effectively that I don’t hesitate to admit that it caused a few tears in my eyes.

While Piljak is the leader of the shoe shining boys, the narrative is not overwhelming concerned with him. The film is therefore not a character study, such as Elem Klimov’s masterpiece Come and See (Idi i smotri). But, on the whole, the Coming-of-Age element is still present and the final scene will convince anyone to that effect.

I have found A Bloody Tale to be an impactful, harsh and well-acted film that I wholeheartedly recommend. My hope is that seeing it will remind people once again that some actions and ideologies should never be repeated. 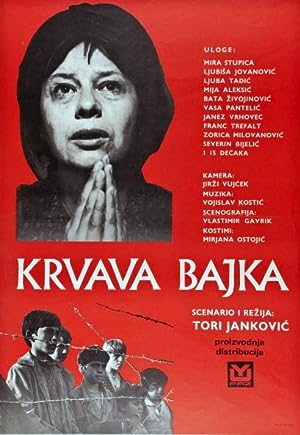 Bloody Tale (1969)
88 min|War|17 Oct 1969
6.4Rating: 6.4 / 10 from 175 usersMetascore: N/A
Memory of the victims of the Kragujevac massacre is described through the events that are related to a group of boys, shoe shiners. At that time, thousands of workers refused to work for the invaders, and the whole city was exposed t
Director: Branimir Tori Jankovic
Creator: Branimir Tori Jankovic
Actors: Zorica Miladinovic, Mira Stupica, Mija Aleksic 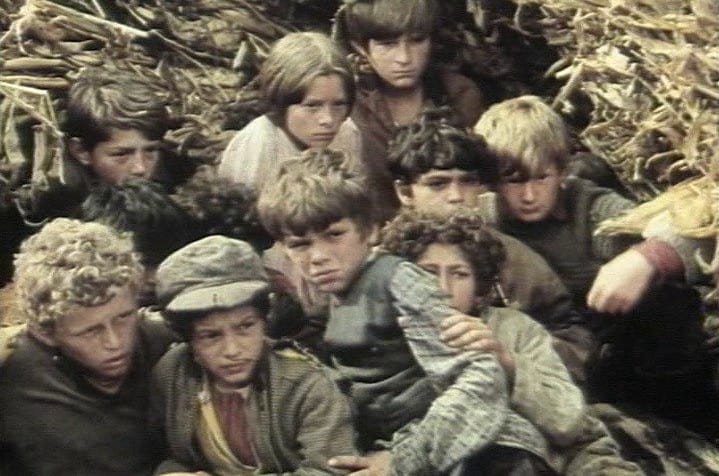