Occasionally a novel exceeds my expectations, and that is the case with Greyhound. Written by Steffan Piper, it tells the tale of twelve-year-old Sebastian Ranes, a young boy who finds himself alone on a Greyhound bus on a coast-to-coast journey across the United States.

With a distant mom, and an ever-changing succession of would be stepdads, being alone on a bus might have been the better variant for Sebastian who recalls his troublesome home life – making us understand that he had little to look forward to :

“…I was again an outsider on the edges of my mother’s love life. I was always more like an unwanted roommate than her son was. I knew it was only a matter of time before I’d be shuttled off to live somewhere else or beaten half to death, which had happened before and probably wasn’t yet out of the question…” 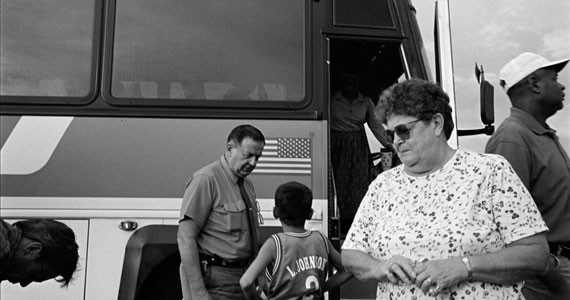 It is practically impossible not to sympathize with Sebastian as he recounts his story in a sincere tone allowing the reader to familiarize himself with his personality, with all of his naiveté, aspirations, hopes, and fears. Narrated in the first person, and filled with engaging inner dialogues, Greyhound could be seen as just a Coming-of-Age road-trip novel. But, in reality, the wisdom that is contained within its pages turns it into something different altogether.

During his cross-country journey, Sebastian encounters waiters, drivers, cops, clerks, maniacs and just “regular folk” among many other characters. Some treat him kindly, some are rude and some straight-out creep him out. It’s a crash course in surviving – as the interactions with them and his observations on the world around him play an important role in the shaping and developing of his character. 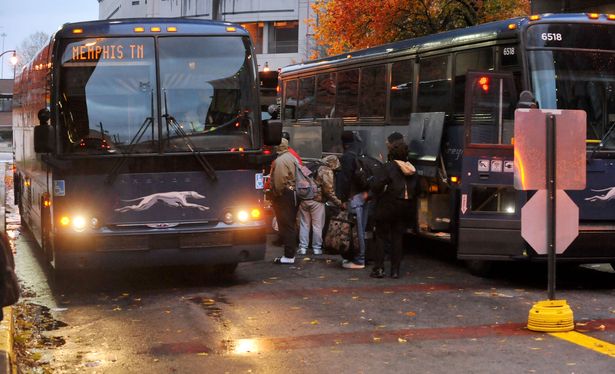 The most valuable life lessons for Sebastian come from his interactions and unlikely friendship with Marcus – a young black man recently released from prison, travelling to visit his mother in New York City. Genuinely interested in the fate of the young boy, Marcus becomes Sebastian’s first real friend and protector.

The story develops at a good pace and is filled with events throughout. Along the way, Sebastian becomes a victim of hijacking, sees dead people (alas not in the Sixth Sense manner), learns about poetry, music, friendship — and even a thing or two about girls and how to manage one’s feelings around them.

“…I admitted to Marcus that I thought she was the most beautiful girl I’d ever seen. He just laughed out loud and told me I’d feel that way about a lot of girls in the next few years and that it was perfectly natural. If I can tell you anything about girls, the one thing you need to remember—and never forget, he emphasized, is that you can’t choose who you’ll fall in love with….”

Although the action takes place in the span of only three days, for Sebastian the trip is a life changing experience. He is is initiated into the realities of life and his psychological and moral growth become evident even to himself:

“…Seeing myself in the mirror, I realized that even though I felt older, I was still twelve years old. I couldn’t quite recall how I’d felt getting on the bus, but I knew getting off that things would have to be at least a little different…”

Having a strong affinity for the Coming-of-Age genre, I truly enjoyed Steffan Piper’s Greyhound. Having spent a significant amount of time traveling by bus or train in my own childhood, some of the events or characters within the pages brought back memories – both pleasant and unpleasant — and I believe that most readers will feel somewhat enriched and enlightened alongside the novel’s protagonist. That’s often the result from the best Coming-of-Age movies and is even more profoundly felt after finishing a novel of the same nature.

Finally, yet importantly, it should be mentioned that I first enjoyed this novel in an audio-book format (Nick Podehl‘s narration is completely awesome and really enhances the story’s appeal). Yet, after finishing it as an audio-book, I decided to get a copy so I could highlight favorite passages. Reading the novel, immediately after having listened to it, felt as engaging as if I had opened it for the first time, as I was able to pick out a lot more of the subtle nuances from throughout the story. So, while I do suggest that anyone interested in the story first start with its audio version, I urge you to get a paper or digital copy as well. It’s well worth it.