It’s that time of year again.  As we begin 2012, we look back over the past year and at the movies that were released in 2011. As the largest online media site  focusing on the Coming-of- Age genre, we are happy to again host the Coming of Age Movie Awards — our fourth consecutive year of doing so. 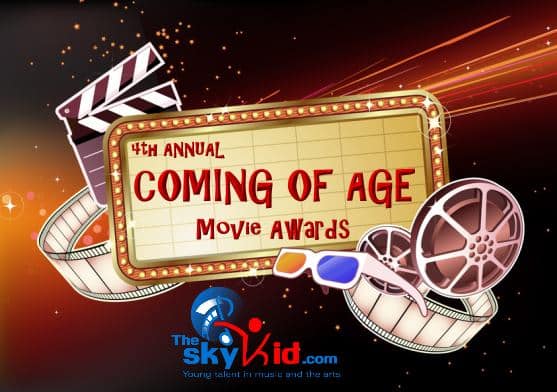 Here’s a reminder of what the short definition is regarding what a movie must possess in order to belong to the Coming of Age Genre:

In 2011, we were fortunate to witness an abundance of movie releases. So many excellent coming of age films were released that an author on our site wrote an article titled  Coming of Age Value in 2011, fueled by the desire to recall the Coming-of-Age masterpieces that deeply moved him personally and delivered a cinematic experience to remember.

We had over seventy films from across the globe competing in the traditional categories that TheSkyKid.com has established: Best Acting, Coming-of-Age Value, Best Newcomer, Best Cinematography, Best International Film, Best Short Film, Special Soundtrack and Best Performance in A Film Made for TV.  All films deserved to be nominated, but as this is impossible – we have decided to include a list of all movies we worked with as a reference to you. Additionally, all films – nominated or not – will be included in the Ultimate Coming-of-Age movie list we maintain here on the site.

(Note: only films released in 2011 were considered for a nomination )

The nominated movies and actors are presented below in their respective categories :

Voting is open until 1-March-2012. The winners will be announced on this web page, via an article and a press release, which will be updated to include detailed information for the films that receive recognition each consecutive year.   Happy Voting!!