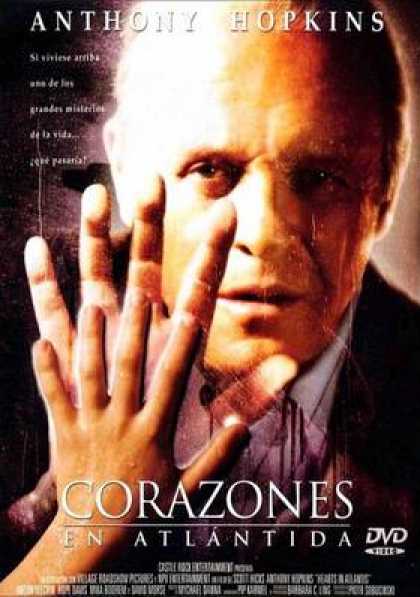 Not only is this a good Coming-of-Aage movie but, when it finished, I had to question myself as to who actually learned more – Bobby Garfield or me. I felt inspired – somehow, I was able to relate a lot of the boy’s experience to my own when I was his age, and now I’m wondering if other people who have seen Hearts of Atlantis would feel the same way?

Take this quote, for example, that refers to a first kiss:

It will be the kiss by which all others in your life will be judged… and found wanting.

Why do we always expect a home to stay the same? Nothing else does.

Before seeing the opening credits, I didn’t know that the movie was based on Stephen King’s book. He is one of my favourite writers, and he has a talent not only for horrors but also for Coming-of-Age stories, such as Stand By Me, Silver Bullet, IT and many, many others.

Hearts of Atlantis creates a unique atmosphere. Soon after I started watching it, I associated myself with some of the characters and somehow knew what the others thought – not that I’m a medium myself. Still, one can really trace the development of the characters in the film. The acting, the cinematography, the story itself and even the soundtrack were excellent – the ending song still echoes in my mind (I remember hearing it in another movie as well).

The friendship between the 11-year-old Bobby Garfield (Anton Yelchin) and Ted Brautigan (Anthony Hopkins), the much older stranger who rents an apartment in his house, seems to grow stronger and stronger as the film progresses. Ted becomes a role model for Bobby and has such a huge influence on his life that the boy remembers their friendship even when he grows almost as old as his friend once was.