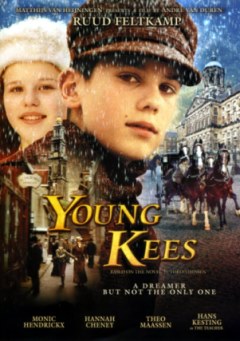 “Lots of people didn’t know Kees Bakels. And one wonders why? Isn’t he the most important boy who ever lived?”

The quote, above, is from the opening of the coming of age film Kees de Jongen (Young Kees) based on the novel with the same name written by the popuar Dutch writer and educator Theo Thijssen. If youdon’t know Keels Backels – don`t worry, because after you see the film you will know him and his world better than the kid next-door. Isn’t Kees Bakels the most important boy that ever lived?  You’ll have to watch the film to find out the answer to this question.

The main protagonist of Kees de Jongen is a twelve-year-old boy who is growing up in 1895 Amsterdam.  He is not rich, but loves to dream about what he would wear or do if he was. In fact, being a sensible boy with a wild imagination, he loves to dream of  just about anything – often mixing fantasy with the real world. His fantasies are illustrated in such a natural manner that one starts wondering if he is observing the reality or the dream world created by the boy. The young Kees seems just as confused about that difference or, rather, uses his resourcefulness to enhance his world to help him deal with the challenges that life has in store for him.  And, as for every young person, there are plenty of challenges in his life – his father becomes sick, Kees has to find a way to support his mother and younger brother and sister, and do well at school while all the while trying to manage his feelings for a newcomer to his school – a girl called Rosa Overbeek. 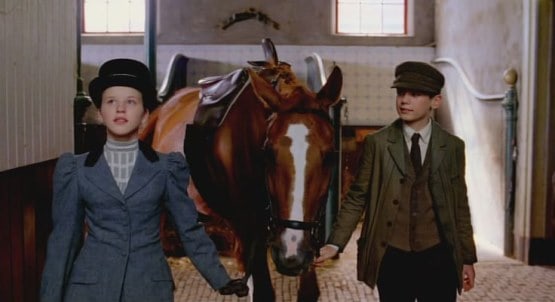 The story of the young Kees Bakels is told in a manner that combines the advantages of the film’s technologies (wonderful camerawork, digital effects and creative usage of color filters), the theater (wonderful  costumes, props and a sense of closeness to the action and the actors) and the books (storytale-like narrating).

The voiceover (Hans Kesting) added a nice touch to the film. Frequently the action would either pause to focus on a specific scene or happening, or would continue while the narrator would ask questions or make observations, which make the viewer feel as if he is being told a fairy tale (a similar sensation was achieved in the German film NimmerMeer  – the only difference being that there the viewers were aware of the person who was narrating the story).  The narrator also comments or expresses the thoughts of the protagonist and leads the viewer through the story. 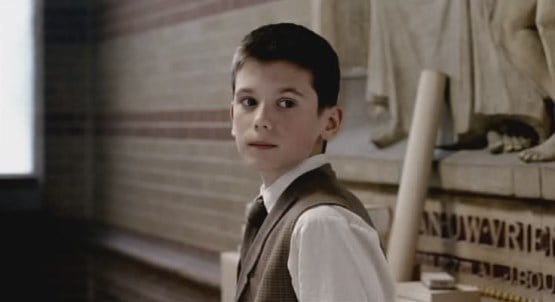 The young Ruud Feltkamp delivers an exceptional performance in the challenging role of  Kees,  which requires a unique mixture of bravado and awkwardness. He also stars in Kruimeltje, another highly recommended coming of age film from the Netherlands). Fortunately for him (and for us as viewers) he was accidentally spotted by the film’s director (André van Duren) while shooting a commercial. Ruud has real passion for acting and, thanks to his immense talent, contributes greatly to the film’s story. The rest of the cast (both the child actors and the adults) is equally good and, in combination with the authentic settings and wardrobe, allows the viewer to really sense the atmosphere in the Netherlands in the early years of the 20th century. 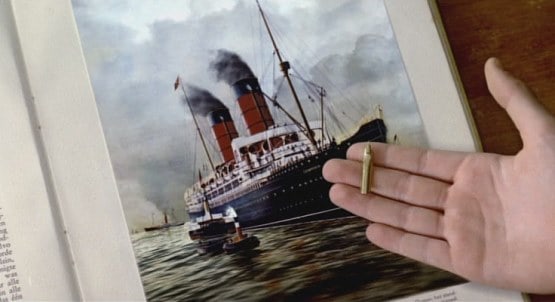 Sigma Pictures- the company that produced the film – is well known for its quality releases of independent films in the Netherlands, which every fan of coming of age films recognizes. Among them are classics such as Ciske de Rat and Ritual and  controversial films  such as Voor een Verloren Soldaat . For a complete list of the studio’s filmography, please consult its official web page ). The studio’s tradition of adapting coming of age novels for the big screen, and the creative directing of André van Duren, made Kees de Jongen a real masterpiece, which I highly recommend.  The film is likely to appeal to both younger and older audiences who would equally enjoy a fairytale-like story.