Reminiscent of Larry Clark‘s Kids and Catherine Hardwicke‘s Thirteen, while placing a strong emphasis on the 90’s skate culture, Jonah Hill‘s Mid90s is one of the most refreshing Coming-of-Age dramas released in 2018.

Its story follows the experiences of Stevie (played by real-life skateboarder Sunny Suljic), a thirteen-year-old who is desperately trying to prove himself to his newfound skate buddies, but getting himself in all kinds of mischief and unfortunate situations on the way.

We have all been there — trying to find acceptance from the cool kids on the block. While the story per se does not shine with originality, its nostalgic value is high, and the film is fun to watch. The wicked skate tricks, improvised realistic dialogue (yes, that’s how teens talk and speak when no adults are around and sometimes even when they are), and uplifting old-school rock and rap musical score are perfectly timed to the story’s development and are the film’s highlights. The only other current Coming-of-Age film with a perfect soundtrack is John Carney‘s Sing Street, which is as entertaining as Mid90s, but with much milder scenes. 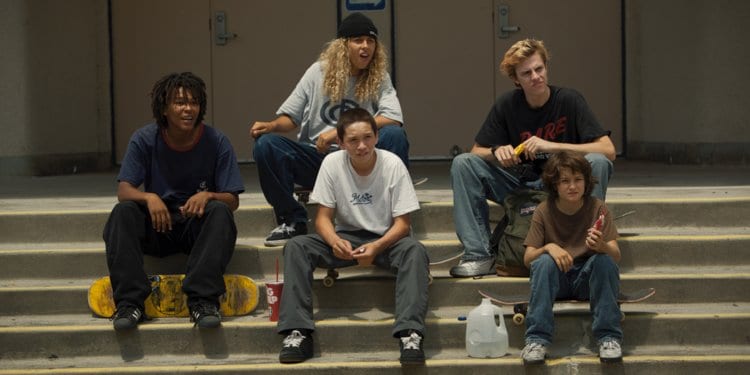 While the film will find its fans from among the 90’s kids who, let’s face it, are all adults now, I do not doubt that its biggest fans would be present-day teenagers, provided they find a way to watch it. But, being rebellious at heart, they will indeed find a way to do so.

It’s not hard to relate to Sunny Suljic’s character. Yet, one can’t form a solid emotional bond with him since the film’s story is presented objectively, leaving the film’s audience in the role of impersonal observers. That’s not necessarily bad as it prevents the filmmakers (and possibly even the audience) from judging the character’s life choices.

When it comes to the casting, while many of the actors (especially the younger ones) are newcomers to the film industry, they perfectly embody their respective roles: from the attentive innocence, mixed with boyish bravado and teenage angst of Sunny Suljic, to Gio Galicia‘s impressively accurate portrayal of a self-assured teenager who suddenly loses control in the battle for attention amidst his peers. All the actors manage to give depth to their characters, acting in a naturalistic manner (much like the actors in Shane Meadows‘s 2006 film This Is England). 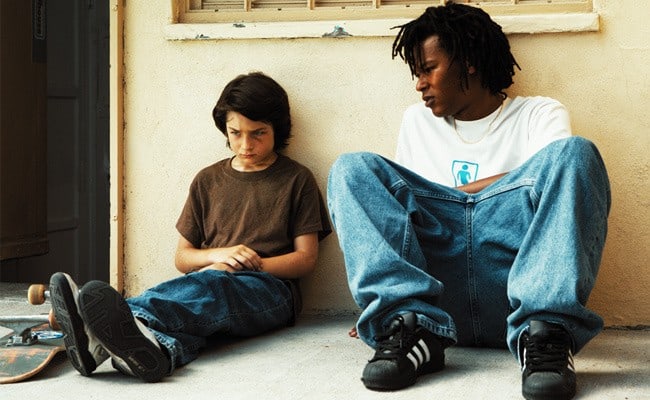 The Coming-of-Age nuances are in abundance, yet the moral of the story is potentially tricky to spot. While the personality of the film’s protagonist changes significantly as the plot develops, there are hardly any lessons learned, making the story less preachy and more entertaining as a result.

Maybe the lack of any manipulative drama scenes will lead to your forgetting this film after the final credits roll, but you will enjoy all of its 85 minutes in the meantime.

Mid90s (2018)
Summary
Mid90s is one of the most refreshing Coming-of-Age dramas released in 2018.
4.7
Our rating
Get the DVD or Watch the film online at :
Amazon
Facebook
Twitter
WhatsApp

Mid90s is one of the most refreshing Coming-of-Age dramas released in 2018.Mid90s (2018)
TheSKyKid.comYoung talent in the movies and the arts