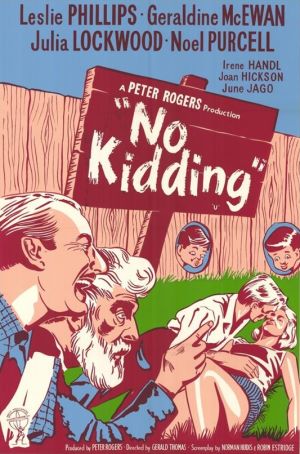 While not precisely a Coming-of-Age flick (although some Coming-of-Age things do occur), Gerald Thomas`s No Kidding is a delightful comedy with quirky characters that are guaranteed to brighten your day.

The action revolves around a young couple who, after having a series of financial letdowns, decide to invest the last of their savings into turning the big mansion they have inherited into a holiday home for the offspring of rich parents, and they eagerly await the arrival of their first young guests.

But alas!  They have no prior experience in running a vacation house for children.  This isn’t helped because they end up making some poor choices in hiring personnel to help them run the place — staff that adds to their problems.

The couple is unsure what policies to set and decides to let the staff set the policy.  Big Mistake!!  For example,  the maid decides (against her husband’s wishes) to let the kids run wild — to enjoy their newfound freedom. Of course, this results in the kids growing increasingly ill-disciplined, presenting the couple with a real challenge of dealing with the situation.

To make things more complicated, an older adult who works for the local municipal council expresses her will to take over the family’s newly acquired property and turn it into housing for underprivileged local children.

Shot in black and white, No Kidding is surprisingly refreshing for a film released in the 60s. Most of the cast overacts in their respective roles but, through the prism of time, result in even funnier scenes. While the narrative is filled with stereotypes and is quite predictable, it well serves its role of engaging and entertaining the viewer.

Admittedly, I was initially drawn by the poster (and misled by it), but I was not disappointed with the film while my initial expectations proved wrong. 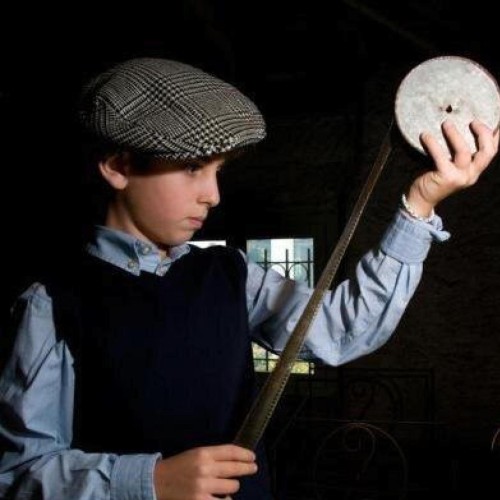