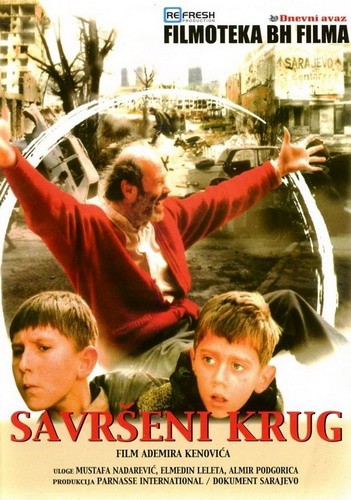 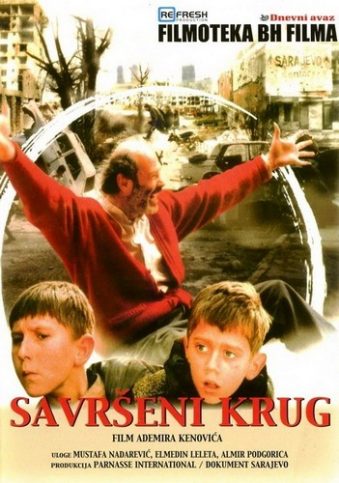 Lately I have been watching movies about the war. Generally this type of movies are hard enough to watch on its own and when you combine the genre with a coming of age tale – the end result is usually a touching war drama that becomes over sentimental at times yet portrays realistically the horrors of war.

Savrseni krug also known by its English title The Perfect Circle is a prime example for a well made war movie that focuses on the effects of the military action on the ordinary people. The whole movie feels like a dark poem about the war – and probably that was the intention of the film makers as the protagonist in the film is the poet Hamza who often has suicidal troughs reflecting his poems. He manages to get his life and daughter in the final group for refugees who leave Sarajevo , but decides to remain in the city himself.

Somewhere near Sarajevo two boys manage to escape an ethic clearance. Their family is killed for no reason and the boys decide to head to the city and try to find their aunt. Once in Sarajevo the boys sneak out in the flat of Hamza – where they are discovered by him. Initially he doesn`t know what to do with them – but soon after he decides to protect them and help in the search for their aunt.

Hamza, a Bosnian poet tries to cope in war torn Sarajevo when he sends his wife and daughter to safety. He drinks and imagines his own death by hanging. Two young brothers find refuge in his apartment after they flee from the fighting. Can Hamza protect the two young boys?

This is a poignant tale of a recent war tearing families apart. The natural and credible actors elicit strong emotions. There cannot be a happy ending.

In the words of Hamaz:

Nothing more can happen to me,
nothing good or bad.
Like a good soldier,
counting the days
that follow each other,
dull, meaningless.
Let’s accept it
and say it quietly.

Death will take everything from me:
my flesh and bones,
the pencil on the table,
my knowledge, my soul,
the painting on the wall,
the music
that lights up the room,
the tears, the fears,
the air laden with pollen.
And after that: darkness,
darkness, darkness…