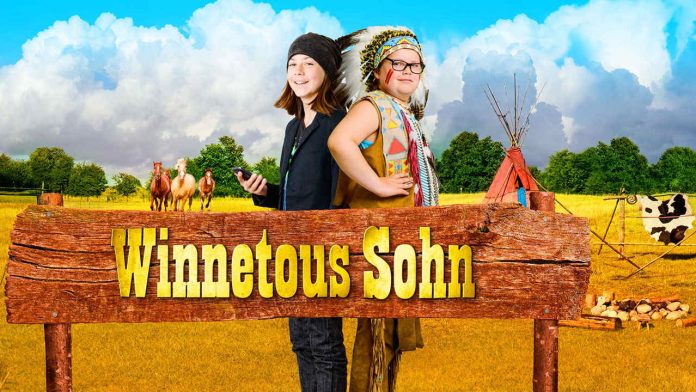 Do you know who Winnetou is?

Winnetou is a renowned Apache chief, hero of several novels written by the German author Karl May. (A favorite author of mine whose adventure filled young adult books I highly recommend).

Don’t worry if you didn’t know that as you will quickly get the vibe of the 2015 German movie Winnetou’s Son (original title: Winnetous Sohn) in which a self-confident, yet slightly puffy, Max (10-year-old Lorenzo Germeno) tries to prove his worth (and Indian spirit) by winning the casting for the role of Winnetou’s son (as heroic as Winnetou himself) in a nearby theatrical production.

The role has some “small” requirements: learning the dialogue, perfect horse riding, lasso throwing, archery, fighting and… making a fire with stones. Yet, despite the challenges, Max is determined to succeed and recruits Morten (Tristan Göbel), a boy he meets at a Native American themed children’s camp. Morten is reluctant to be there and sulks most of the time, but Max welcomes him wholeheartedly as a member of the tribe and, bit-by-bit, wins him over. After all, all heroes need a side-kick, don’t they? The friendship between the two boys (each an outsider for his own reasons) flourishes and becomes essential for the development of the story. 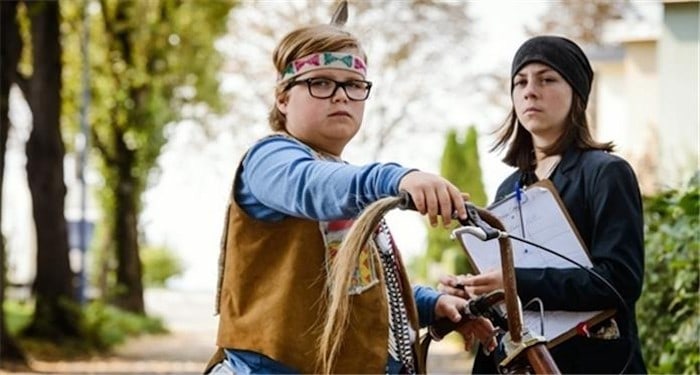 Max is not really warrior material – at least not as appearances are concerned – but he’s full of courage and has a tremendous knowledge of the Wild West. Additionally, he doesn’t display the stereotypical qualities of overweight kids in movies. Instead he is full of energy and certainly charismatic. His character provides comic relief, as one would expect from a comedy film but, at the same time, is truly inspirational.

The various motifs of the plot – such as comradeship, father-son relationships, dysfunctional relationships and embracing change — complicates the scenes just enough to keep older audiences interested. Although the film’s narrative shares similarities with “give all of yourself and you will succeed” type of Coming-of-Age films, it is entertaining enough to keep younger audience members engaged too.

Nothing is overly dramatized, yet one doesn’t expect that from a childrens film. As a result, the manner in which Winnetou’s Son is filmed reminds me of other kid oriented German flicks such as Tom und Hacke (2012) and Devil’s Kickers (original title: Teufelskicker). Good natured fun! 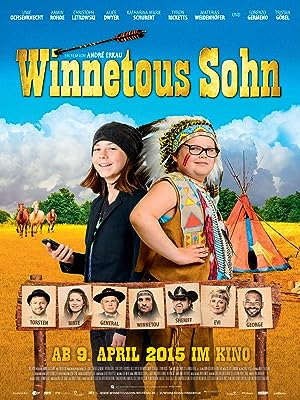 Facebook
Twitter
WhatsApp
Winnetou's Son (2015)  Do you know who Winnetou is? Winnetou is a renowned Apache chief, hero of several novels written by the German author Karl May. (A favorite author of mine whose adventure filled young adult books I highly recommend). Don't worry if you didn't know that...
TheSKyKid.comYoung talent in the movies and the arts