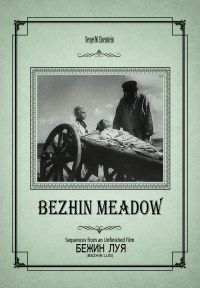 If you open any textbook on cinema and cinematic language it almost certainly will contain references to one of the pioneers of the cinema: Sergei M. Eisenstein. Although the scene of the Odessa stairs massacre in Battleship Potemkin (1925) is usually the one chosen for analysis, I picked another one of his films: Bezhin Meadow, which was released in 1937.

Unfortunately, due to the political tensions of the time, no copies of the film have survived to this day. But, in the 1960s, the script, negatives, story board, and notes on the film were utilized to reconstruct it. The result is a 31 minute silent short film, which  is the one I viewed and on which this review is based.

The story in Bezhin Meadow represents a symbolic struggle between a boy of the new Russia and his evil father of the old one. At first I had doubts that a  film such as this, which seemed somewhat similar to viewing an image slideshow set to music, would have any emotional impact on me. I was up for a surprise. After all, movies are a sequence of still frames that, when screened at specific speeds, create an illusion of movement. 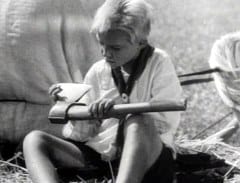 Although the Bezhin Meadow frame rate was only about 2 frames per second, my mind kept reconstructing the situations and events it showed. It was as if half of the film was seen and half imagined. As it’s a silent film, I obviously couldn’t judge acting performances from the way the cast delivered dialogue, but the actors’ expressive emotions were well conveyed on their faces.  The masterful photography had as remarkable an effect on me, favorably comparable to anything I have felt after watching a poignant Coming-of-Age film produced in recent years. 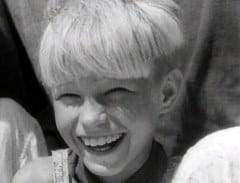 The soundtrack, based on works by the Russian composer Sergei Prokofiev, felt heavy and intense and truly enhanced the mood of the film. This is the second film I have seen which features music from Prokofiev, the 1989 French drama  Je suis le seigneur du château (I’m the King of the Castle) being the first — and I am truly amazed at how his music heightens the dramatic impact of a scene.

While I imagine that seeing Bezhin Meadow will benefit mostly students of cinema and young directors, I don’t hesitate to recommend it to anyone for the film’s artistic values that have made it a real classic of  Coming-of-Age cinema.