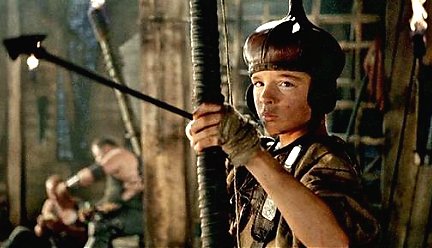 “He who has a ship, can do what he wants. The ship sets him free. Losing his ship condemns him to thraiidom…”

I have always been  interested in history. Native Americans, Knights, Pirates and Vikings were the frequent heroes in the books I used to read as a kid.  When I was about ten, my dad drew a poster for me with big Viking ships on it and for quite a while it had a central place on the walls of my room. Those memories became the reason I felt a familiar tingling when seeing the DVD cover of the Danish film The Last Viking. I realized that tingling was an eagerness for adventure.

The film focuses on the coming of age experience of Harald – a young Viking boy (Holger Thaarup) who dreams of becoming a warrior and merchant just like his father, not realizing that in life :

This is an excellent metaphor which is as valid nowadays as it was in the time of the Vikings. Harald’s carefree life is transformed into a drama of life and death when the mentally unstable king of the country decides to  confiscate the ships along the coast for his army.  The importance which ships had in the Vikings culture is clearly shown when Harold’s dad refuses to give up his ship. Instead, he takes off to get reinforcements from a group of insurgents, leaving Harald, his mentally retarded brother, his mother and the rest of the village as easy victims, because the king, as revenge, sends a group of warriors to punish their disobedience. Having read my fair share of Viking books (both for pleasure and at school) maybe here is the place to say that the film is not historically correct. But the excellent cinematography and the attention to detail such as  the costumes and the Viking ships and habitat contribute to the educational value of Den sidste viking . 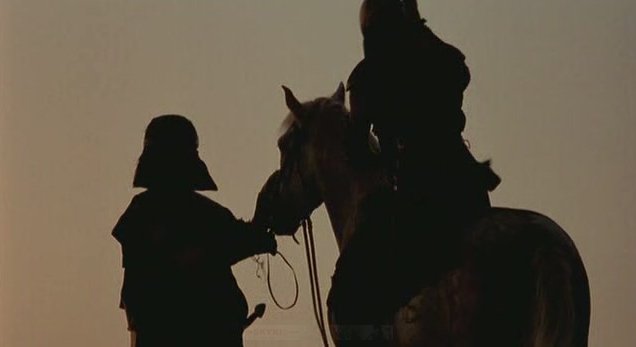 When the king’s soldiers come to the village, Harald’s dad is already gone, along with his ship, and the villagers offer to build another ship for the king if they are spared by the warriors.  Harald is not happy about the new situation as, being a free spirited boy, he can’t stand being ordered around n

or bear the changes that occur in the village. Soon he  learns an important life lesson:

“Things in life  are not always  what they seem”

Harald tries to resist the invaders, hoping that his dad will return and save them all. When this doesn’t happen,  the boy embarks on a journey whose goal changes in the process. It becomes the most important goal a person can have in his life – to find his own self.

The cast did a good job of portraying their characters, especially the young protagonist Holger Thaarup, whose performance was especially convincing. You may see him in another Danish film called  Drengen der gik baglæns where he also delivers an outstanding performance. 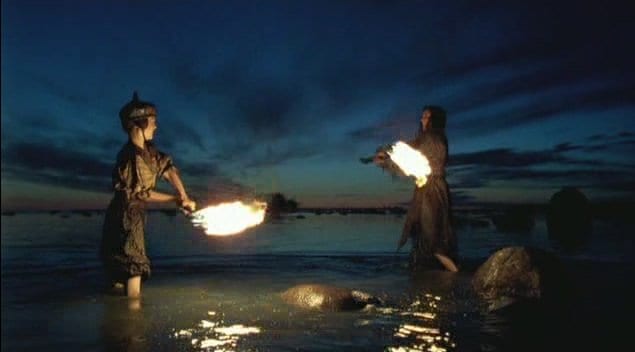 The Last Viking was released in 1997 and  is directed by Jesper W. Nielsen.  It’s Nielsen’s feature film debut. Nielsen attended the  Danish Film School and his work has earned him accolades for his distinctive and personal style in directing films for children and adolescents (Fans of coming of age movies should write down his name).

The moviecan be categorized as an adventure/drama about freedom, love, oppression and hardship in an uncertain and cruel world. It is a serious, dark movie packed with intense scenes and valuable life lessons. I do not hesitate to name it  a masterpiece of the coming of age genre.

“When a man fights, he becomes another person.Runs round and round. the screams.
Hears himself scream.Feels the blood on his face.Tastes it.He forgets why..”

Previous articleHope and Glory (1987)
Next articleZoomerne