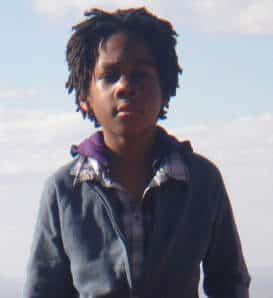 DevlynTyree, a 7-year-old rapper with swagger beyond his years, is on a quest to change music. He is not defined by one genre, but refers to himself as an artist. He explains that he enjoys all kinds of music and does not prefer one over the other and has plans for releasing music in all the varied genres.

DevlynTyree was born in Mississippi, but currently resides in Houston,Texas.  He was reared around music, as his mother is a writer.  His interest in music began at the tender age of 3. When he learned his ABC’s, he remixed what most would consider the original version of the song, changing the style completely. Instead to singing, “now I know my ABC’s, next time won’t you sing with me”, he rearranged the melody and added his own flare concluding the song with, “now I know, my ABC’s, momma taught them and she sang them with me”.  Not bad for a three-year-old!

As he grew older, his interest in music never disappeared. However, his mother’s focus for him was not on music, but on his education.  As he says, “She is a teacher you know.” With that said, his education was and is placed ahead of all other things.  She has taught him much and has concluded he is a quick study. At the age of 4, he was reading and doing math. At the age of 5, he was regrouping and carrying numbers as well as reading chapter books. Because his mother realized he was a quick study, she allowed music to reenter his life at the age of 7.

This brings us to today. Although he is new on the scene and has recently released a short introduction on YouTube, his charisma, dedication, persistence and determination is felt through his songs. When asked how big he wants to get, he replied, “I want to collect a handful of Justin Bieber’s fans and MattyB’s fans.” He admitted that he does not want to be famous, just known for positive music. He refers to himself as the ‘tortise’ in his introduction, featured below, because he is “starting off slow, building [his] fame only to finish the race [ahead] of the game”.

Devlyn was very happy when his mother allowed him to search kid talents on the internet and he ran across MattyB on YouTube. MattyB’s influence and love for music was obvious to Devlyn and a light was turned on within him. He also is a fan of Justin Bieber and, when Willow released her hit, Whip My Hair, he felt as if the signs pointed toward him.  He says, “I am happy with music. It makes me feel free!”

His plans are to take it slow with support from his mother and other family members. He said, “I do it for fun, and my heart is in it. I have a lot of heart for music.” He seems not to want to lose sight of why he does music and doesn’t want to be compelled to do a certain thing or sound a certain way. Although he does not write his own music, because his mother feels that he needs to learn correct grammar before he alters words for music, he does influence his music. He tells his mother what he is feeling, and she writes a song. “Sometimes I offer a rhyming word or two”, he exclaims. 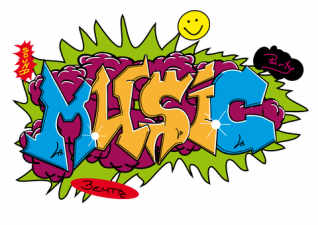 In his upcoming single “Candy Kisses”, he reflects on his first kiss on the playground in Kindergarten. “After my mom found out that a girl kissed me on the lips during recess in Kindergarten, she made me promise to not kiss another girl, on the lips, until 16,” Devlyn said. However, his mother does allow him to give candy kisses to girls he likes or likes him. Writing flows through him naturally as he has written and completed his first children’s picture book, which is his autobiography entitled, Family Change. It’s in the self publication stage now. He says, “I want to keep music fun and make people all around the world feel love, happiness and peace in some kind of way through music.” DevlynTyree is definitely an amazing and interesting 7-year-old talent. We are sure to see big things from him in the near future.