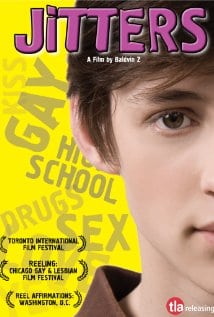 There aren’t many good films that focus on the life of teenagers now-a-days. Coming-of-Age narratives are typically set in the 60s or 80s, I assume targeting an audience mainly of people who are the same age as the protagonists of the movies. There are two notable exceptions – the 1995 Larry Clark film Kids and Catherine Hardwicke’s 2003 film Thirteen. Both films address controversial issues that are part of a teen’s life now-a-days, especially those living in an urban environment. More recently, Gavin Wiesen attempted to focus on the teenage life in The Art of Getting By, but the clichés in it were in such abundance that one could not help being disappointed by the predictable plot development.

The void is partly filled with the 2010 Icelandic drama Jitters. It tells the story of several teenagers – their feelings, hopes, successes and failures –while providing a genuine depiction of modern youth. While the main protagonist is 16-year-old Gabriel – a teen confused about his sexual identity — the film features several sub-plots linked to problems his friends face: a jealous girlfriend, an overprotective grandmother, prejudice…etc. I have seen films that fail when so many sub-plots are tied into the main story but, in this case, director Baldvin Zophoníasson manages to present the story in such a way that one ends up caring about every single character.  Acting performances are on par with the plot. The lead actor, Atli Oskar Fjalarsson,  may be familiar to some from his role in Smáfuglar (Two Birds), a somewhat similarly themed short film from Iceland (available on YouTube).

Like Kids, this film gets a bit depressing at times and I felt that it could have been a shorter film, as one does gets bored after a while, even while watching the endless parade of parties and crushes. Gabriel’s coming-out experiences (with all his uncertainty and confusion) is positively the most intriguing story to follow. Admittedly, while intriguing for a drama, the film is not all that moving.

I have seen better, but would still say that Jitters is a good film- not a masterpiece, but not a time-waster either. Some scenes would be unsuitable for kids under the age of 12, but should be fine for older audiences, especially those used to Scandinavian cinema. 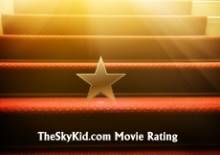