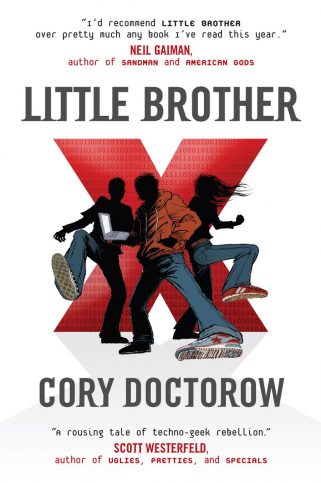 “When you have government always spying to the people is bad “

In the last few days I have been listening to an amazing coming of age tech novel which is all about privacy , human rights and abuse of authority. I have always had an affinity towards the fundamental human rights; such as freedom of thinking and expression . I have spent countless hours discussing privacy issues , encryption , spyware avoidance, etc.

What I found in those discussions is that some people seem to be oblivious to the abolition of their rights. I think that awareness should be raised amongst those people so we can all remain free avoiding all those traps set by the huge corporations and corrupt organizations such as RIAA, BRAIN and sometimes even our own governments .

The book I can’t wait to tell you about is ” Little brother ” – written by Cory Doctorow and I loved it! The story line follows the adventures of a 17 year old high school kid in the US; Marcus (also known as w1n5t0n). He is a smart kid who knows a lot about technology (these days many young people do and I think that this is great) and tries to avoid the surveillance systems in his school in order to do what most people his age want; Having a saying about what goes in their lives and of course having fun.

Things get complicated for him when, after a major terrorist attack, he is detained by US Department of Homeland Security. His beliefs cause him to be suspicious in appearance and he is sent to a secret prison  for interrogation and an attempt at brain washing. When he is finally released he finds out that the world has changed.  That his country became a police state and every citizen is being watched and monitored “for his own safety and for the safety of society “.  Knowing that he does not have many chances he decides to fight that system – with one goal in mind, Freedom !

I would not want to spoil the novel for you – so I will stop here with the plot description.  Guaranteed you will find many familiar gadgets and tools in it – The Tor router , the Xbox , the Wifi finders , the plausible deniability techniques used and adversarial forces used to make you reveal the passwords you are using. Even the new and rapidly gaining popularity – Pirate Party is mentioned.

Even if the novel is sci-fi fiction, the things that are shown in it have their equivalent in the world around you which makes it quite realistic.  “Little Brother” is a well written and intense novel  and I do not have any hesitations in recommending it highly.

Cory Doctorow provides his book for free download licensed under a Creative Commons Attribution-Noncommercial-Share Alike license, which lets you share it, remix it, and share your remixes, provided that you do so on a noncommercial basis. You can download it in variety of formats from his web site

Paranoid Linux is an operating system that assumes that its operator is under assault from the government (it was intended for use by Chinese and Syrian dissidents), and it does everything it can to keep your communications and documents a secret. It even throws up a bunch of “chaff” communications that are supposed to disguise the fact that you’re doing anything covert. So while you’re receiving a political message one character at a time, ParanoidLinux is pretending to surf the Web and fill in questionnaires and flirt in chat-rooms. Meanwhile, one in every five hundred characters you receive is your real message, a needle buried in a huge haystack. 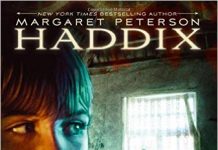