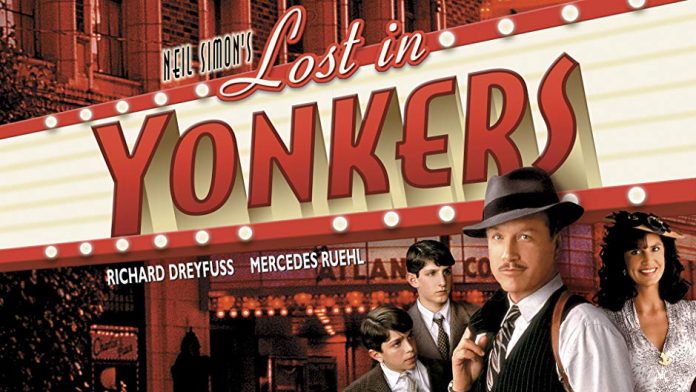 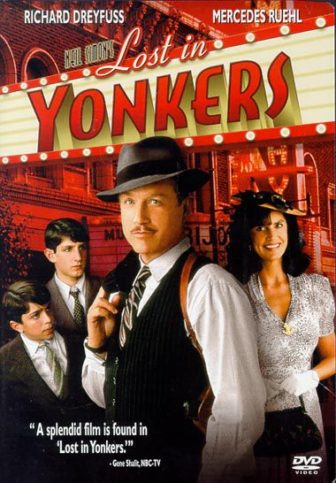 Some of the best Coming-of-Age movie stories are adapted to the screen to make the viewer feel the same enjoyment as if reading an engaging novel. That’s the case with the 1993 film adaptation of Neil Simon’s Lost in Yonkers.

Directed by Martha Coolidge, the film relates the story of the peculiar experiences of two young brothers: 15-year-old Jay (Brad Stoll) and his 13-year-old sibling Arty (Mike Damus). They were sent to stay with their stern German grandmother and childlike aunt in Yonkers, New York in the summer of 1942.

Lost in Yonkers (1993) is predominately a humorous family drama with insights of human nature and moral lessons embedded in the plot. The humor comes from the characters’ quirkiness and the remarks of the two young protagonists.  Based on Neil Simon’s 1991 Pulitzer Prize-winning play, the movie resembles the aesthetic and storytelling of Cider with Rosie (2015), Toast (2010) and John John in the Sky (2000) — especially with regard to perfectionism of picture, sound  (in some scenes one gets an impression that a whole orchestra was present while shooting) and nostalgic value.

A lot of the film’s appeal comes directly from its immaculate production design and visuals. Location settings are used to create an emotional atmosphere (to a great effect, especially in the classical “kids in a candy store” scene) and recreate the look of America’s 1940s. When it comes to camera placement and cinematography, the filmmakers use the subjective point of view predominately, telling the story through the perspective of the child protagonists, thus ensuring that the Coming-of-Age nuances and references are present in abundance.

All of the actors deliver impressive (and expressive) performances. In particular, Brad Stoll and Mike Damus steal each scene in which they appear with impish innocence and charisma. A joy to watch, Lost in Yonkers is a must-see feel-good film with an important lesson: You are the master of your own life! 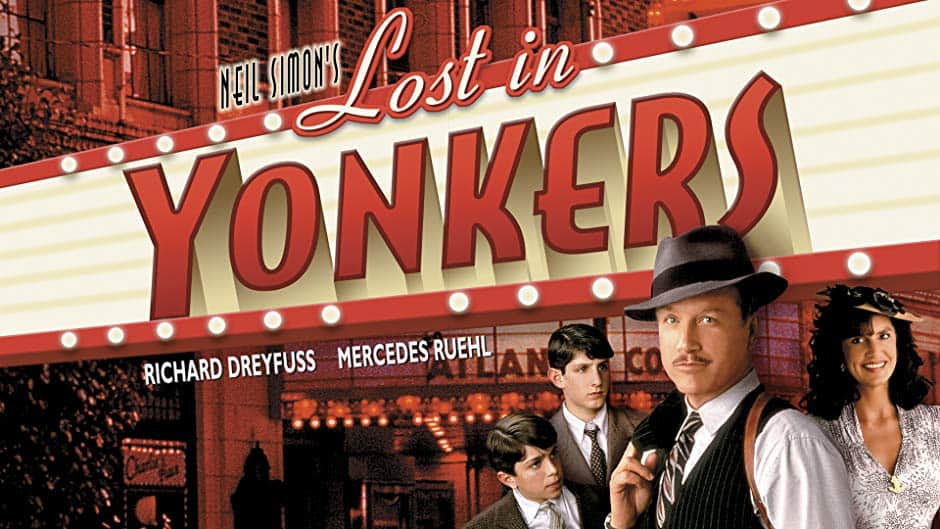 Lost in Yonkers (1993)
Conclusion
The story of the peculiar experiences of two young teen brothers who were sent to stay with their stern German grandmother and childlike aunt in Yonkers, New York in the summer of 1942.
4.8
Our rating
Watch it now
Amazon Video
Previous articleBoarding School (2018)
Next articleThe Witch in the Window (2018)

Facebook
Twitter
WhatsApp
Lost in Yonkers (1993)The story of the peculiar experiences of two young teen brothers who were sent to stay with their stern German grandmother and childlike aunt in Yonkers, New York in the summer of 1942.
TheSKyKid.comYoung talent in the movies and the arts