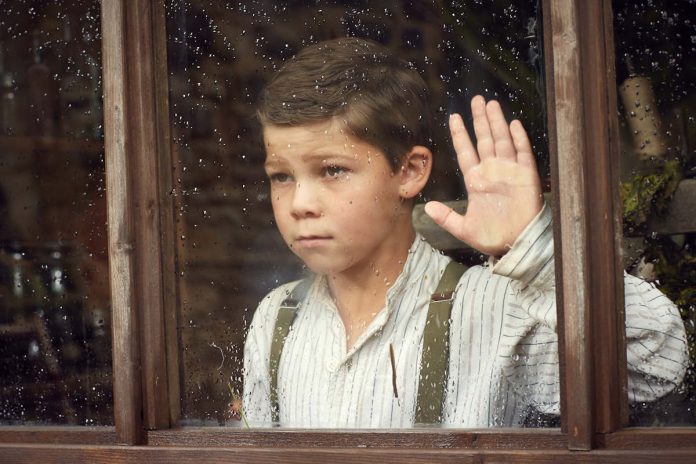 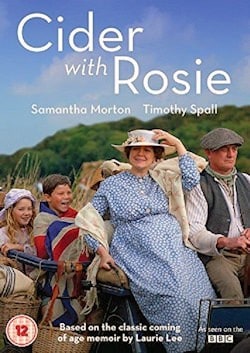 Based on the bestselling 1959 semi-autobiographical novel by Laurie Lee, the 2015 BBC ONE adaptation of Cider with Rosie is one of the best, if not THE best Coming-Of-Age movie that has graced the screen in the recent years.

I hadn’t read the book prior to seeing the film, yet was really intrigued by the captivating novelistic manner in which the story is told.

The ingenious usage of montage and voice-over narration (by the grown up protagonist relating the experiences of childhood seen from many years later) invokes memories of the manner in which To Kill a Mockingbird was adapted for screen in 1962.

Georgie Smith and Archie Cox are the two young actors embodying the character of Laurie Lee (or Loll as everyone calls him) in his prepubescent and teenage years respectively.  When Loll begins to attend school, he meets a pair of girls who he’ll end up going to school with for the next 10 years: Jo and Rosie.  The girls are played by Isabella Polkinghorne (as young Jo) and Maya Gerber (Jo as a teen) and Libby Easton (Rosie as a young girl) and Ruby Ashbourne Serkis (as older Rosie). Together, these four actresses portray the stages of a girl’s blossoming — from “puppishly” pretty to beautiful. Despite choosing newcomers for the lead roles, the casting of the film is a complete success as everyone,  both children and adults, deliver natural performances that really boost the authenticity of their respective characters.

I am not particularly fond of Coming-of-Age movies which devote only 10 to 15 minutes to childhood and then jump suddenly to the later stages of life for most of the rest of the film. Stories told in that manner miss out on the complexity of growing up — with its wonders and tribulations — which are an integral part of the whole rite-of-passage experience. Thankfully, in Cider with Rosie, the editing is done in a way that provides insights into the growing experience while keeping the viewer engaged for the entire film’s duration. 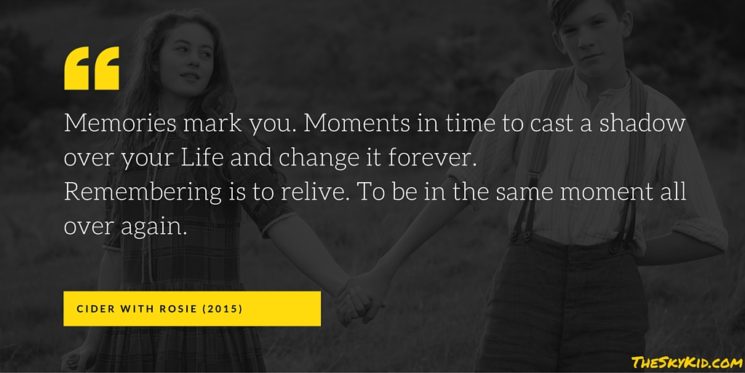 The narrative of Cider with Rosie genuinely portrays a great deal of the Coming-of-Age experience from learning about the war, about love, and about what makes people happy or sad – with a slightly humorous layer and heartwarming tone.

The film’s setting goes hand-in-hand with a beautiful poetic narrative, featuring lavish landscapes, meadows and valleys that take one’s breath away. Combining these settings and the production design (for a film set in the last summer of the 1st world war) inspires a sense of melancholic nostalgia that’s in tune with the world of the narrator:

The world was a miracle to me. And one day l would record what l’d seen so that others could see it too. Before it was lost and gone forever.

This film adaptation of Laurie Lee’s autobiographical novel is truthfully met by the filmmakers. The film offers a window to another world – real in essence, but perceived as almost magical through the prism of time.

Even though half the film’s duration is devoted to the teenage years of the protagonists, Cider with Rosie is everything modern high-school Coming-of-Age films are not. It’s not SWAG in any way, but instead it’s charged with emotions and a beautiful portrayal of first love experiences (so poignantly and realistically presented that one can’t help but re-live his/her own). As an example, here is the manner in which sexual awakening is portrayed in the film:

The early exploration of Jo’s body was a solitary studying of maps. The signs upon her showed me the way l should go, over fIesh smoother than a candle’s skin. Like something thrown down from the moon.

Cider with Rosie promised and delivered an amazing cinematic experience for me.  I could not detect a single flaw by the filmmakers and loved the film and the story it tells from the beginning to the very end. A true masterpiece worthy of being called “The Best Coming-of-Age film of 2015”. 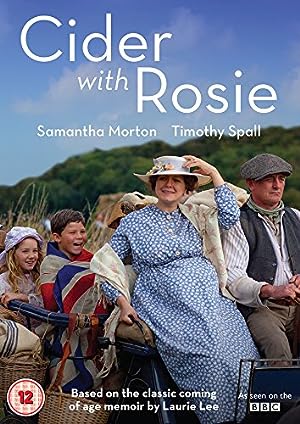 Facebook
Twitter
WhatsApp
Cider with Rosie (2015)Cider with Rosie promised and delivered an amazing cinematic experience for me. A true masterpiece worthy of being called "The Best Coming-of-Age film of 2015".
TheSKyKid.comYoung talent in the movies and the arts