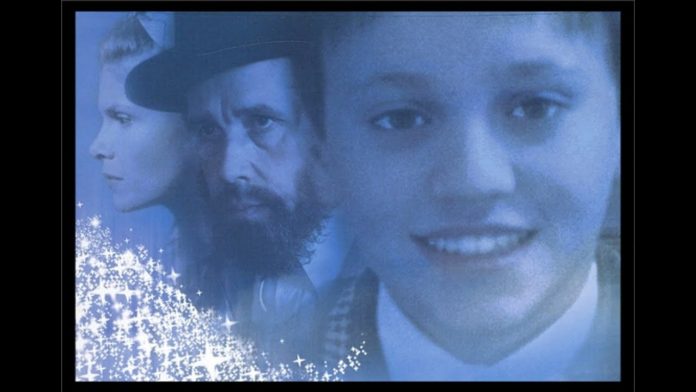 In 1947 Brooklyn, 11 year old Michael Devlin (Peter Tambakis) and his friends are having a blast at the movies. Raised by his caring and high-spirited mother (Lolita Davidovich), Michael shares his friends’ passion for comics and superheroes and serves as an altar boy in the nearby cathedral. Life is good, but an unfortunate turn of events makes the boy an unwilling witness to a brutal assault when he and his friends stop by a Jewish store to get some hot dogs. The store owner gets beaten almost to death by a local thug by the name of Frankie McCarthy (Adam MacDonald). 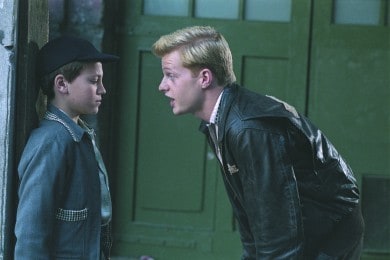 Threatened by the bully, Michael sheepishly observes as the victim of the assault is taken away to a hospital. The local police find out that there has been a witness to the beating and soon two detectives show up at Michael’s flat and attempt to convince the boy to tell what he has seen. Fearing Frankie McCarthy’s revenge and not wanting to be labeled as squealer, the boy keeps his mouth shut.

While the secret weighs on his conscience, Michael meets a young Rabbi, Judah Hirsch (Stephen Rea), who has found his way to Brooklyn having escaped the horrors of the war in his native Czechoslovakia. Being a recent immigrant, Rabbi Judah’s English skills are quite limited- so he recruits Michael to help with them. In exchange, he offers to teach the boy Yiddish. It’s an offer, which from curiosity, Michael eagerly accepts. 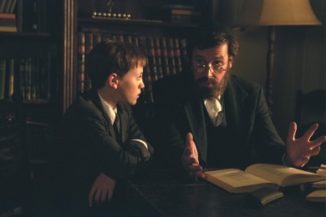 Michael’s father died in the war, and while his mother is trying her best to raise her son, the boy is eagerly looking for a role model, a wise man he can emulate and the Rabbi is a good fit in that role. An unlikely friendship it might be, but soon the Rabbi and Michael become real friends. That association convinces Frankie McCarthy that the boy has ratted on him and soon Michael, and everyone he knows, find themselves in mortal peril.

For the majority of the film’s duration, the story is credible, dramatic and captivating. It features strong Coming-of-Age motifs as it portrays both the external and internal struggles of the young protagonist.

Unfortunately, as the story develops, instead of utilizing an apt metaphor for the efforts of the young boy whose struggles have earned the sympathy of the viewers, the story takes a fantasy approach. While interesting to see, the use of magic realism completely erases the emotional or dramatic impact of the story.   Just as in J.A. Bayona‘s 2016 film A Monster Calls, people who enjoy fantasy-based examinations of real-life issues might enjoy the filmmaker’s approach but, to me, the story’s credibility takes a big hit when the magical element is introduced to it.

While the finale disappoints, Richard Friedenberg‘s Snow in August does not lack positive features. It has first class production design, with props, sets, costumes and musical score (jazz vibes), which allows the viewer to sense the spirit of the 1940s in the US and also features an exceptional acting performance by the entire cast. Peter Tambakis (who also has roles in other great Coming-of-Age flicks such as Joe the King, Igby Goes Down, and The Sixth Sense), manages to portray the struggles of Michael in an accurate, touching manner. That’s why I felt disappointed when the finale just about diminished the Coming-of-Age nature of the film by providing an easy, yet unrealistic, solution thus ruining an otherwise excellent movie and giving me pause to extend my recommendation wholeheartedly. 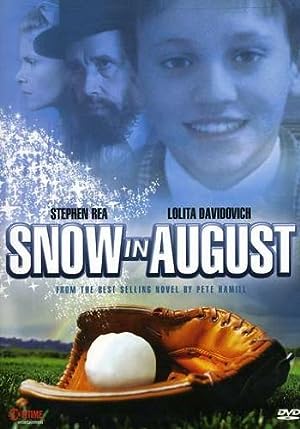 Snow in August (2001)
104 min|Drama|12 Aug 2001
6.1Rating: 6.1 / 10 from 324 users
A Catholic boy befriends a Jewish rabbi after a Jewish merchant was beaten up by racist thugs and now the boy and his mother are fearful of their lives. For protection the boy must now create the vengeful Golem..
Director: Richard Friedenberg
Creator: Pete Hamill, Richard Friedenberg
Actors: Stephen Rea, Peter Anthony Tambakis, Lolita Davidovich 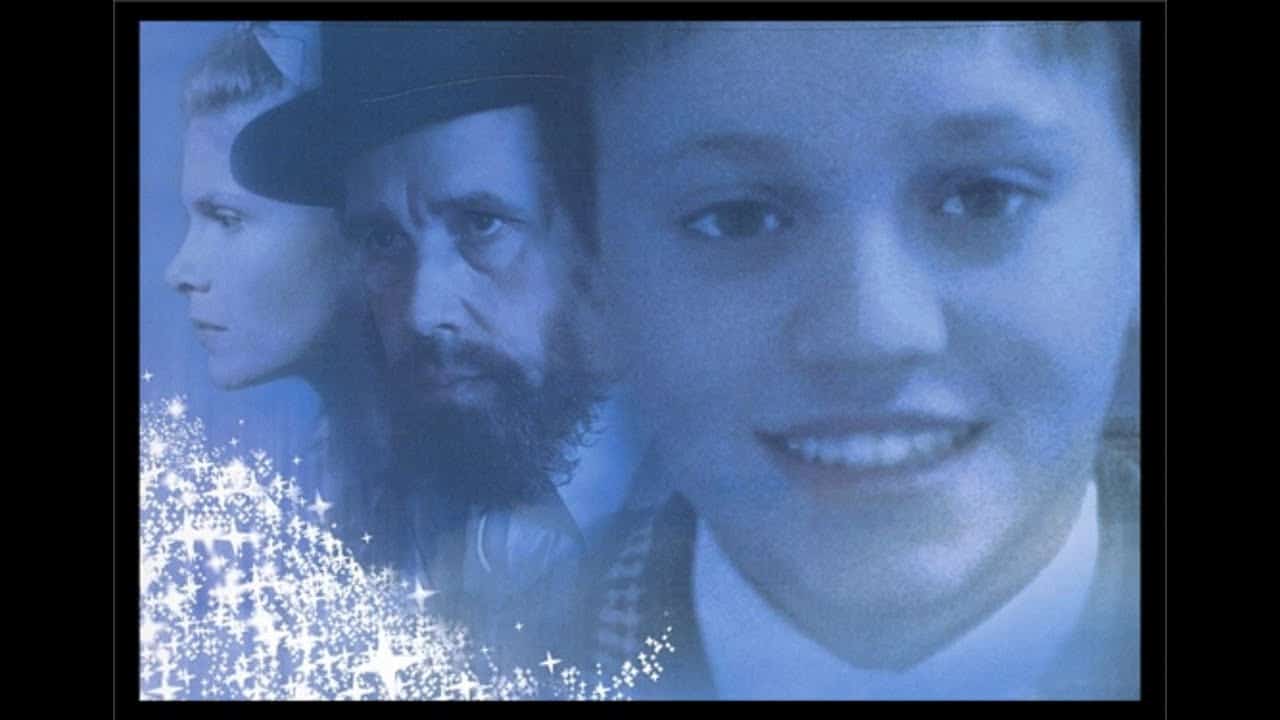 Snow in August (2001)
Summary
A young boy befriends a Jewish rabbi after witnessing a Jewish merchant being beaten up by racist thugs, leaving the boy and his mother fearful for their lives.
4
Our rating
DVD available
Amazon.com
Previous articleMid90s (2018)
Next articleAloud (2016)

Facebook
Twitter
WhatsApp
Snow in August (2001)A young boy befriends a Jewish rabbi after witnessing a Jewish merchant being beaten up by racist thugs, leaving the boy and his mother fearful for their lives.
TheSKyKid.comYoung talent in the movies and the arts