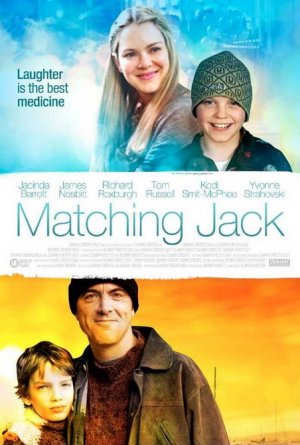 Jack (Tom Russell) is a ten-year-old boy in Australia.  One day during a soccer game, he feels overly tired and his mother takes him to the hospital for a routine check.

Meanwhile, his father is getting ready for a science conference though, as it turns out, he gets away so he can cheat on his wife.  The boy is admitted to the children’s ward of the hospital in Melbourne and is diagnosed with leukemia.

Jack’s mother doesn’t tell him the truth right away, but he finds out about his sickness from Fin – another young patient with whom he shares the room.  Fin informs him that their room is in the cancer ward of the hospital. The two boys quickly become friends, as does Jack’s mother and Fin’s father.  By this  time, Jack’s mom has discovered the truth about her husband’s trips.

Soon it becomes clear that the only chance for Jack is a  bone marrow transplant from a relative or a matching sibling. Meanwhile, after discovering that her husband has had many lovers through the years, Jack’s mother decides to track them down in a desperate hope that they may have given birth to a child who would have the same bone marrow needed to save the life of her son.

Matching Jack is a powerful drama which invokes a lot of emotions in its viewers. It has a few flaws, mainly related to the pace of the action and the level of predictability, yet they don’t lessen the impact of the story.

The film soundtrack feels a little overdone at times – yet I am willing to forgive that after hearing a wonderful rendition of a classic Irish song, which was familiar to me from having heard it performed by Declan Galbraith previously.

The subject matter makes the film tough to watch and you (as I did) are likely to view the majority of scenes with tears in your eyes.  I could not help but recall two other films with a similar plot line –The Cure and Oscar and the Pink Lady.  I wonder what it is in these movies that make me like them so much?

Maybe it’s the excellent direction, or the well told story or perhaps the remarkable acting performances by each of  their casts.  Or it  may be simply the fact that, given a choice, I will always pick a film with a real story and a meaning that gets to me instead of one of the so called blockbusters, which rely mostly on their marketing and in which the storytelling elements are often marginalized in favor of meaningless special effects (Avatar, Tron The Legacy, 2012 – you know the kind).

As I already mentioned, the cast of the film did a great job and I was especially impressed by the acting of Kodi Smit-McPhee. His performance was so natural and touching that I can’t wait to watch some of the other films he stars in (many of them are titles well-known to fans of the coming of age genre: Romulus, My Father, The Road, Let me in ). Tom Russell also stands out in the role of Jack. 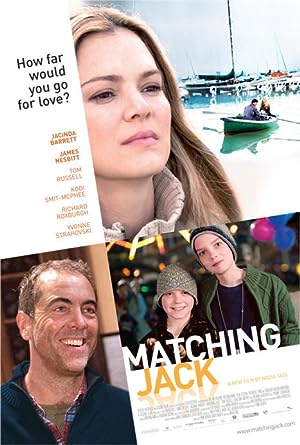 Matching Jack (2010)
99 min|Drama|19 Aug 2010
6.4Rating: 6.4 / 10 from 1,057 usersMetascore: N/A
A woman struggles with her son's illness and her husband's infidelity, but, after a chance encounter with an Irish sailor and his son, her life is turned upside down in a love story that defies explanation and breaks all the rules.
Director: Nadia Tass
Creator: Lynne Renew, David Parker
Actors: Jacinda Barrett, Richard Roxburgh, Tom Russell 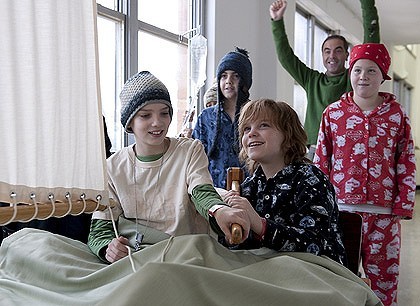