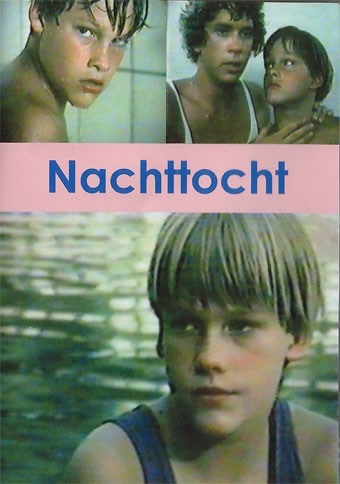 Nachttocht is a dutch film originally released for TV. Directed by Nick van den Boezem the movie tells the story of 12 years old Thomas ( Abel Claassen) and his quest for friendship and love.

He takes rowing lessons and is fond of his teacher, who, according to his mother, is unlike the bullies trainers in the other clubs and knows how to work with children.

Thomas idolises his trainer. When the boy discovers that the person he felt such a love for lied to him to sleep with his mother – he is heartbroken.

It is hard for him to understand why his trainer would prefer to be intimate with his mother than with him, as his friendship and love are pure.

Overall, Nachttocht is an excellent coming of age film about friendship, betrayal,  love and confusion. The cast did a good job, especially the young lead Abel Claassen in the role of Thomas. There were few slight moments in which the actress who played his mom lacked sincerity, but it could be just me.

I liked the film because it brought back some memories of a friendship and a rowing trip I once did in the US. In spite of the fact that Nachttocht was launched in 1982, it is becoming increasingly popular nowadays. There are no obscene scenes in the film, making it appropriate for people of all ages.

CVMC provided the DVD of Nachttocht. Without their support, this review would not have been possible.